The Fantasia International Film Festival (Fantasia) will be celebrating its 20th Anniversary in Montreal this summer from July 14 to August 2, 2016, once again returning to Concordia Hall Cinema as its main base. The full lineup of over 130 feature films will be announced July 6th. The Frontiéres international co-production market and Industry Rendez-Vous weekend will be held July 21-24. The following capsules have been drafted by the Fantasia team and supplemented with personal commentary and critical overview (where available). 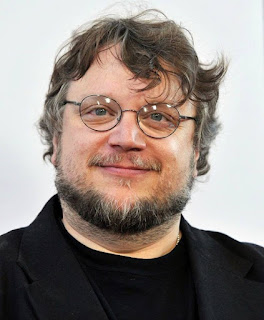 Fantasia's 20th edition will present leading genre filmmaker Guillermo del Toro with its prestigious Cheval Noir Award, which del Toro will accept in person in his first-ever Montreal appearance. Del Toro, best known for such fantasy and horror classics as Cronos (1993), The Devil's Backbone (2001), Pan's Labyrinth (2006), the Hellboy movies (2004, 2008), and Crimson Peak (2015), will also deliver a Master Class at Fantasia. In addition, del Toro will host the Canadian premiere of Gilles Penso and Alexandre Poncet's Creature Designers: The Frankenstein Complex (2015), a fascinating documentary on the history of movie monster makers, in which he is featured prominently. 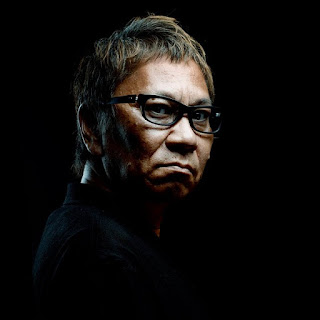 Fantasia is equally proud to present Director Takashi Miike, one of the most groundbreaking filmmakers of his generation, with a Lifetime Achievement Award. No other filmmaker has left a mark on Fantasia's first 20 years as he has. Since Fantasia's screening of Fudoh: The New Generation in 1997—which was the first time Miike's unique vision was shown in North America—no fewer than 29 of his films have been showcased at the festival, including such modern classics as Audition (1999), Ichi the Killer (2001), and Visitor Q (2001). Miike's work also opened Fantasia three times with Yatterman (2009) and North American premieres of the Cannes selections For Love's Sake (2012) and Shield of Straw (2013). In addition to receiving his award, Takashi Miike will be hosting the North American Premiere of Terra Formars (2016), a sci-fi extravaganza where a team of misfits must fight humanoid cockroaches to colonize Mars, and As the Gods Will (2014), a surreal deathgame where Japanese traditional objects turn playground amusement into modern video-game blood baths. 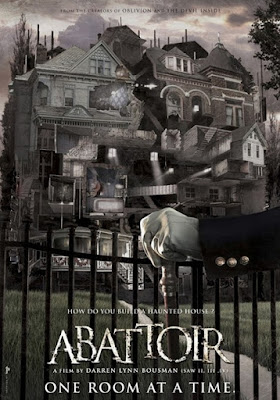 Abattoir (2016, USA, Dir: Darren Lynn Bousman)—The murder of her family leads a real-estate reporter into a nightmarish mystery in this ghoulishly original film that haunts the netherworld between blood-soaked supernatural horror and hardboiled neo-Noir. Darren Lynn Bousman, the man behind Repo: The Genetic Opera(2006), Saw II-IV (2005-2007) and The Devil's Carnival (2012), has returned. Abbatoir had its World Premiere as an Official Selection at the 2016 Los Angeles International Film Festival, where Drea Clark synopsized: "Julia, an investigative reporter with the style and confidence of a young Bacall, happens upon a series of gruesome murders tied to real estate mysteries, where entire rooms have been dismantled and pulled from their foundations. The fact that those rooms were the exact settings for heinous tragedies sets Julia and hardboiled cop Grady on a search for the unimaginable. The stakes go up when it suddenly becomes very personal in this stylized and increasingly horrifying modern-noir." Bousman talks up Abattoir for Deadline / Hollywood, The Daily Dead and Shockya. IMDb. Wikipedia. International Premiere. 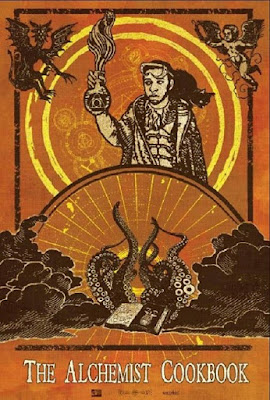 The Alchemist Cookbook (2016, USA, Dir: Joel Potrykus)—Sean has dropped out of life, set up shop in a small trailer in the woods, and decided to pursue the forbidden art of alchemy. An irreverent, abrasive, and horror-infused take on modern-day alienation that plays like a punk-rock EC Comics tale, from the acclaimed director of Coyote (2010), Ape (2012), and Buzzard (2014). Official Selection: SXSW 2016. IMDb. Facebook.

At Variety, Dennis Harvey writes: "Fans of absurdist indie comedies who find themselves watching a quasi-horror pic are likely to be happier than horror fans who find themselves watching an absurdist indie comedy with a demon in it. But while The Alchemist Cookbook certainly won't be for everyone, it will surely delight and surprise those who can grok its idiosyncratic content." Critics Roundup offers four more takes, including Richard Brody at The New Yorker who adds: "Potrykus, wandering with [his protagonist] into disturbing psychological territory and absurd humor, displays a bold dramatic virtuosity." At The House Next Door, Carson Lund notes: "While austerity has typically been Potrykus's go-to directorial strategy in spotlighting the eccentric speaking patterns and physical tics of his performers, The Alchemist Cookbook does introduce some canny aesthetic digressions as the film wades into psychological horror." Lund qualifies: "In its dogged rejection of easy audience identification points and its gradual untethering from logic, The Alchemist Cookbook only offers a platform for Potrykus to push his authorial quirks further." 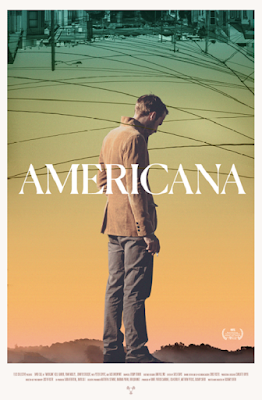 At The Hollywood Reporter, John Defore's bottom line is that Americana is a "quietly effective debut drama" and notes that Shedd's decision to set his "quiet psychodrama against Bay Area backdrops [does] more than add easy production value." He explains: "Handsome photography by Justin Foster nails down the picture's sense of place, with hilly vistas in the city and nearby Marin County emphasizing how alone [his protagonist] is with his pain, even when surrounded by people." Shedd talks with Victoria Stevens for Anthem. 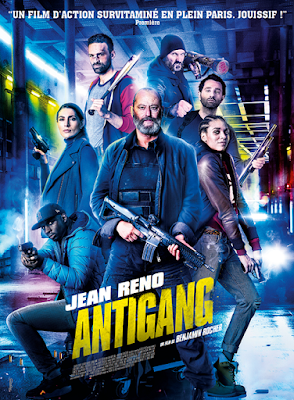 At Variety, Peter Debruge has some reservations about the film. He writes: "Director Benjamin Rocher clearly saw the project as a chance to pay tribute to such 1980s American action movies as Lethal Weapon and Die Hard. To his credit, the helmer ... delivers playful, high-octane action on a fraction of the budget those star-driven Hollywood pics had to work with, and yet, he seems to have overlooked the elements that made those pics so memorable: namely, unpredictable characters in dangerous underdog situations." The Squad, Debruge argues, is redeemed by a "terrific" and "sleek" outdoor action sequence midway through. At The Hollywood Reporter, Jordan Mintzer concurs that the midway action sequence is impressive "when the cops chase the crooks in broad daylight around the massive wood, steel and glass towers of the Bibliotheque Nationale Francaise. Never have so many bullets come so close to so many books, as if Michael Mann and Michel Foucault joined forces to kick ass, and have a great time while doing so." Otherwise, Mintzer's bottom line is that The Squad "delivers much more violence than intelligence." 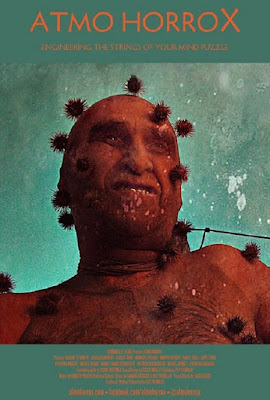 Atmo HorroX (Quebec, Dir: Pat Tremblay)—All is well in the land of the mad, in the latest surrealist opus from Pat Tremblay (Hellacious Acres), twisted titan of the Quebec underground. One thing is certain—rational thought has left the building and hasn't left a number where it can be reached. Official Selection at the 2016 Revelation Perth International Film Festival: "With its combination of occasional violence, deconstructed camp, and full on wild insanity the film rightly positions its surrealism and dream-logic front-and-center of its genre-bending narrative, creating a movie that embraces its zero-budget and takes the audience on a one of a kind journey unique to each person." Official Site. Facebook. North American Premiere. 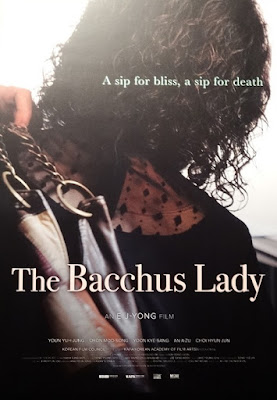 At Variety, Maggie Lee enthusiastically observes: "Taking on a potentially sordid subject, E brings attention to the harsh realities of growing old without a safety net, but also infuses his characters with warmth and racy humor.... The film expands beyond senior prostitution to explore a range of social issues, championing diversity in a subtle, unpatronizing way." Praising lead actress Yeo-jeong Yoon's "reflective and thoughtful" performance, Lee proposes that it "may still count as one of her lifetime achievements." At The Hollywood Reporter, Clarence Tsui's bottom line is equally laudatory: "A tour de force from the grand dame of Korean cinema." He adds: "Given the obsession with beauty and youth in South Korean screen entertainment, The Bacchus Lady is certainly audacious, and a powerful reminder of how lives could or would be lived once the youthful vigor is gone." 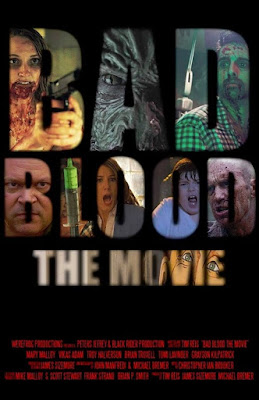 Screen Anarchy's Andrew Mack first reported on Bad Blood when it participated in last Summer's Works-In-Progress series at Frontières and later dispatched: "A love letter to the Stuart Gordon / Frank Henenlotter mad science opuses of the '80's, Bad Blood: The Movie is an amphibious twist on classic werewolf mythology, equal parts X-files and Tales from The Crypt, with a familiar blend of humor, horror and practical creature effects (handled by James Sizemore). I love it, it is so gleefully lo fi." 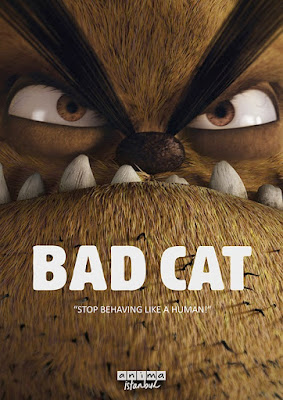 Dispatching from Annecy to Screen Daily, Wendy Ide offers a qualified appreciation of Bad Cat, praising the film's polished production, but specifying that "the 3D computer animation is considerably more sophisticated than the story, which is trying so hard to shock that it ends up chasing its tail." Further: "Bad Cat embraces the filth of Seth MacFarlane's Ted, but not the fun." Notwithstanding her reservations, Ide writes: "The madcap energy and unapologetically crass humor could, however, endear it to a young festival audience which is willing to accept this singularly unattractive cat at face value." 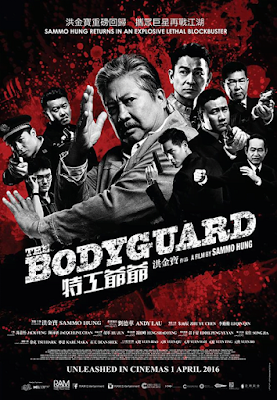 The Bodyguard (China, Dir: Yue Song)—The new master of the Iron Kick clan sets out in search of a lost friend, earns a job protecting a rich man's daughter, and clashes with a criminal gang in one of the most exciting and auspicious martial arts films in years! IMDb. Wikipedia. Canadian Premiere. 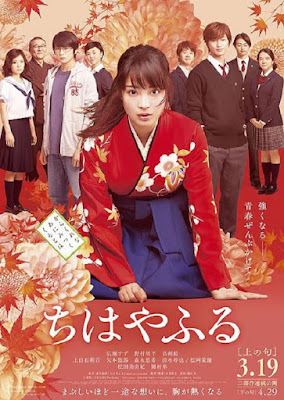 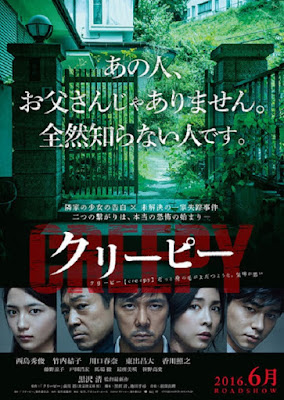 Creepy (Japan, Dir. Kiyoshi Kurosawa)—After forays into auteur cinema like the magnificent Tokyo Sonata (Un certain regard Jury Prize at Cannes 2008), J-horror pioneer Kiyoshi Kurosawa, whose classics Cure and Séance were adored at Fantasia in their day, makes a triumphant return to the horror thriller genre with the Berlin Film Festival selected Hitchcockian horror thriller Creepy. Kurosawa brings terror to a quiet neighborhood where an ex detective and his wife have to deal with their deranged new neighbor spectacularly brought to the screen by the excellent Teruyuki Kagawa. Official Site [Japanese]. IMDb. Wikipedia. Canadian Premiere.

At Variety, Maggie Lee states: "While some critics have hailed the pic as a return to Kurosawa's earlier 'straight' horror films, like Pulse or Cure, it in fact represents a conscious move away from past phantasmagoric stylizations to evoke the horrors of modern existence in plain sight and form." Lee praises the film's tech credits as "seamlessly low-key, reflecting Kurosawa's clear aesthetic decision to discard the formalist architecture of Loft and the stylized color play of Cure and Retribution. Akiko Ashizawa, who has lensed Kurosawa's works since Loft ... composes clean, compact shots that deliberately downplay the danger and trauma at hand. Production designer Norifumi Ataka (Norwegian Wood, Kurosawa's The Seventh Code) captures Tokyo suburban life with impressive verisimilitude, and with dirt and ugliness unceremoniously accumulating around the corners. Music and sound are never used to ramp up the horror factor, while deft touches, like a sudden dimming of lights, register with chilling impact." Though less enamored with the film for The Hollywood Reporter, Deborah Young still finds much to admire, concurring with Lee: "Ambience also plays a major role, and Akiko Ashizawa's lighting keeps a cloud of gloom hanging over every shot. The cluttered, claustrophobic houses with their narrow entranceways and low ceilings suggest the characters' repressed desires, in much the same way their junky backyards pockmarked with abandoned appliances and overgrown chain fences remind us of some unresolved issues in the attic." At Screen, Jonathan Romney says Creepy is "a film that not only amply merits its name, but would make Norman Bates scratch his head at the sheer weirdness of what goes on here behind closed doors." 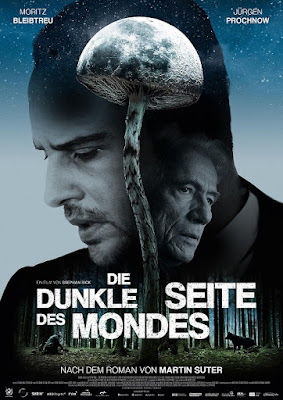 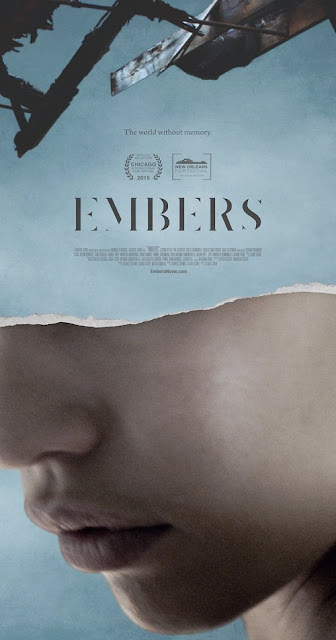 At Variety, Scott Tobias acknowledges that Carré's "clear intelligence, resourcefulness and vision combine to make this calling card tough to forget." At The Hollywood Reporter, Frank Scheck likewise describes Embers as "a stylish debut effort" and notes: "Obviously reminiscent of Memento with more than a little touch of Andrei Tarkovsky thrown in, Embers strains for a philosophical profundity that eludes it. And despite its brief running time, so little actually happens in the plot that it feels much longer than it is. But the film has many resonant moments, especially in its charming depiction of the relationship between the couple who decide that they should kiss to see if they're indeed romantically involved. It's metaphorical aspects like that, and the striking visuals that delineate the stark contrast between the worlds above and below ground, that make Embers memorable."