Laura Horak is an assistant professor of film studies at Carleton University, Ottawa, Canada; cross-appointed to the Pauline Jewett Institute of Women’s and Gender. Horak investigates gender and sexuality in film history, with an emphasis on silent cinema and transgender, lesbian, and gay cinema cultures in the United States and Sweden. She teaches courses on film theory and historiography, passing and masquerade in cinema, sexuality in American cinema, women directors, queer Hollywood, and the body and visual technology.

Her anthology, Silent Cinema and the Politics of Space (Indiana University Press, 2014), co-edited with Jennifer Bean and Anupama Kapse, won the Society of Cinema and Media Studies’ Award for Best Edited Collection of 2014.

Her new book, Girls Will Be Boys: Cross-dressed Women, Lesbians, and American Cinema, 1908-1934, will be published by Rutgers University Press in February 2016. As noted by Publishers Weekly: "Horak (co-editor, Silent Cinema and the Politics of Space) has produced a meticulously researched, astutely argued, and highly readable text on cross-dressing and lesbianism in early American cinema. The book first examines female cross-dressing in American films between 1908 and 1921. Horak describes how women playing male roles, often young boy characters such as Peter Pan and Little Lord Fauntleroy, were initially labeled 'innocent' and 'pure.' She argues that the trend of young women cross-dressing as cowboys in 'Frontier Films' and as boys in chase films portrayed an active frontier girlhood as a 'revitalizing' but necessarily transitory phase in women’s lives. On the other hand, in stories set during the Gold Rush, cross-dressed women 'legitimized men's same-sex desire in these sex-imbalanced places.' The book's second part explores depictions of lesbianism in mainstream American culture and cinema between 1921 and 1934, as well as female stars such as Greta Garbo and Marlene Dietrich who wore masculine clothing. Horak concludes with the more censorious climate of the 1930s, clearly illustrating how a once-accepted practice came to signify taboo sexuality. Her use of archival materials is impeccable and her filmic and historical analyses clearly display a nuanced understanding of her topic." 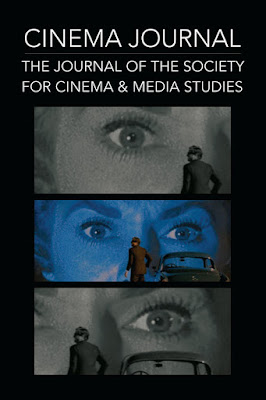 More of a teaser than an excerpt (I was only allowed 450 words), I am nonetheless indebted to Rutgers University Press for permission to publish the following paragraphs from Horak's introduction to her upcoming publication. The entirety of the introduction to her volume can be accessed through a Google Books search, whereas her original research—satisfying her UC Berkeley dissertation—can likewise be secured online. While at Berkeley, she programmed an eponymous film series at the Pacific Film Archive. She has likewise published various articles pertaining to her ongoing research at various venues, including "Afterthoughts and Postscripts, 52.4" for the Society for Cinema & Media Studies (focusing on "The Female Boy on the Frontier: The Strange Case of Billy and His Pal (1911)"; "Edna 'Billy' Foster, the Biograph Boy" in Not So Silent: Women in Cinema Before Sound (eds. Sofia Bull and Astrid Söderbergh Widding); "Landscape, Vitality, and Desire: Cross-Dressed Frontier Girls in Transitional-Era American Cinema", for Cinema Journal (Volume 52, Number 4, Summer 2013); and " 'Would you like to sin with Elinor Glyn?' Film as a Vehicle of Sensual Education" for Camera Obscura (Volume 25, Number 2 74: 75-117, 2010). She also contributed to R.A. McBride and Julie Lindow's Left in the Dark: Portraits of San Francisco Movie Palaces. Jan-Christopher Horak profiled Horak for his "Feminist Study of Early Cinema." 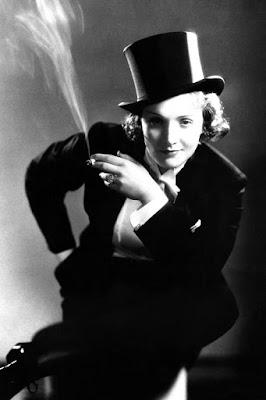 In the first part of this book I will show that the American moving picture industry used cross-dressed women in the 1910s to help the medium become respectable and appeal to audiences of all classes. Cross-dressed actresses embodied turn-of-the-century American ideals of both boyhood and girlhood. The second part of the book traces the emergence of lesbian representability in American popular culture between the 1890s and 1930s. Only in the late 1920s, in the wake of the multi-year censorship battles over the play The Captive, did codes for recognizing lesbians begin to circulate among the general public—codes that included, but were not limited to, male clothing. This development tarnished cross-dressed women's wholesomeness and inspired the first efforts to regulate cinema's cross-dressed women. It also established the transgressive meanings with which we are familiar today. This book ends where other accounts of cross-dressed women and lesbians in American cinema begin—with Dietrich, Garbo, and Hepburn.