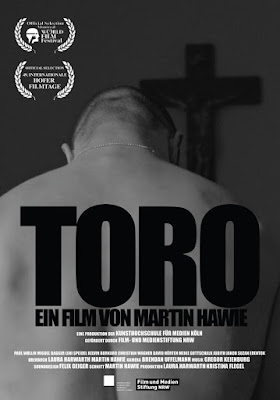 More by chance, I presume, than design, several entries in the 20th edition of San Francisco's Berlin & Beyond Film Festival (January 14-20, 2016) were shot in B&W and projected large on the Castro Theater's historic screen. Brendan Uffelmann's impressive cinematography, in fact, along with Paul Wollin's physically commanding breakout performance, recommended the U.S. premiere of Martin Hawie's Toro (2015).

German Film Quarterly's nutshell synopsis: "Toro, whose real name is Piotr, came to Germany 10 years ago, where he works as an escort, hoping to save money to return to Poland with his best friend Victor. But Victor has sold his dreams for drugs. When three small-time criminals are out to get him, Toro's and Victor's hostile environment loses its balance and their longstanding friendship is put to the test."

"Friendship" as the working euphemism in this instance does little to guise the film's reveal that Toro is gay. Within the first few scenes of the film Wollin drops his pants to flash his glutes. If your gaydar doesn't kick into high gear, then you need a check-up. What troubles this script is a lack of back story that would make Toro's devotion to his drug-addled boyfriend Victor (Miguel Dagger) believable. Without knowing who Victor might have meant to him in earlier years, and what the nature of their relationship is really about, Toro comes off as stupidly throwing pearls before swine. Other characters are introduced incidentally as well, making for uneven storytelling. This film aspires to a certain height but is held back by a queer grip that settles for softcore porn before character development. Skin takes over the script. What did I really learn about Toro from his prolonged practice "moves" on his mattress? 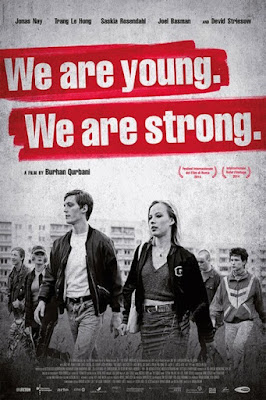 With equally assured purpose, the North American Premiere of Burhan Qurbani's We Are Young. We Are Strong (Wir Sind Jung. Wir Sind Stark, 2014) deploys Yoshi Heimrath's B&W cinematography in its first half, then self-consciously shifts to color midway through the film with no apparent reason other than, perhaps, fire looks better in color? Or to demarcate the moment when Germany's 1992 Rostock riots threatened a community of immigrant Vietnamese? That stylism might draw unnecessary attention to itself, but credit is due Qurbani for creating a sense of the rising anger of disaffected German youth shortly after the fall of the Berlin Wall. Jonas Nay's performance as Stefan reveals an unsettled mind easily persuaded towards xenophobic neo-Nazism. 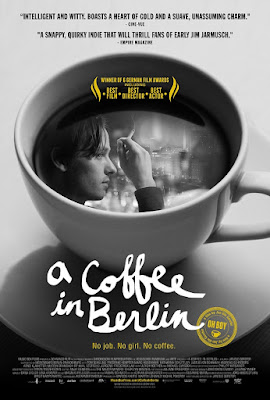 The recipient of B&B's Spotlight Award, Tom Schilling, attended the festival to introduce the revival screening of Germany's festival and box office hit Jan Ole Gerster's A Coffee in Berlin (Oh Boy, 2012), handsomely shot in B&W by Philipp Kirsamer. Schilling garnered considerable acclaim—including a German Film Award for Best Actor—for his feckless performance as Niko Fischer. At Variety, Peter Debruge wrote: "Gerster's decision to film in black-and-white lends a melancholy romance to Niko's various encounters, infusing even a scene where he's seen flushing leftover meatballs down the toilet with a measure of introspection." 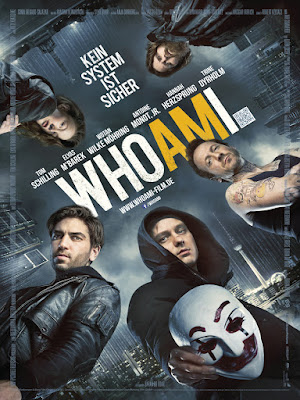 Also screening at B&B, though not in B&W, was Schilling's follow-up performance in Baran bo Odar's own follow-up four years after The Silence (2010)—his thoughtful yet disturbing study of the relationship between two child molesters. Odar returned with an altogether different vehicle Who Am I: No System Is Safe (Who Am I: Kein System ist sicher, 2014), a slick surface glamorization of cyberhackers revved up with hypermasculine highjinks. Schilling plays Benjamin, a young German computer whiz who applies his skills to help a subversive hacker group be noticed on the world's stage.

Perhaps most intriguing about Who Am I is its staged enactment of online interactions in darknet. Avatars suspensefully encounter each other in the personified space of a crowded subway train. It's an attractive visual calesthenic that underscores Who Am I's kinetic style. Hoodies and Anonymous masks become the new black. 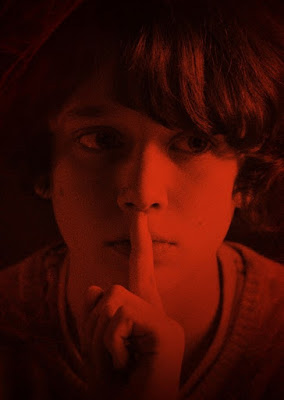 For Mara Eibl-Eibesfeldt's The Spiderwebhouse (Im Spinnenwebhaus, 2015), boasting its U.S. premiere at B&B, the B&W camerawork of Jürgen Jürges provided a framing intimacy to this children-in-peril narrative. While Mother battles her demons up at the Sunvalley Psychiatric Clinic, her children are left unsupervised and—as everyone knows—childhood cannot wait for the parent to grow up. The eldest boy Jonas (Ben Litwinschuh) becomes what Mark Cousins terms "the child-parent" raising his younger siblings and standing in for a mother who's gone missing and a father who has abandoned them. 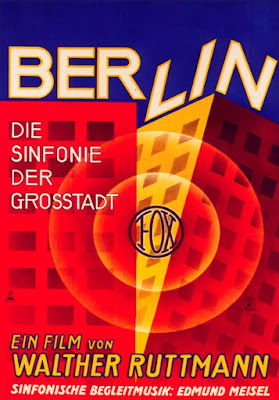