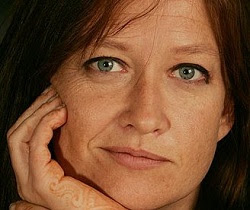 Per the press release from the Fantasia International Film Festival (Fantasia): "From the day she exploded onto the scene with the largely misunderstood and still-controversial Boxing Helena (1993) 19 years ago, Jennifer Lynch has been a spellbinding iconoclast on the American indie landscape, her provocative approach to filmmaking seeing her alternately championed and demonized. She is a fascinating filmmaker who has made several works across her near-29-year career. Each have been standouts, their connective tissues threaded in baroque aesthetics, unconventional performance styles, darkly eccentric streaks of humor and subversively compelling gazes into our capacities for cruelty, obsession and sexual deviancy. 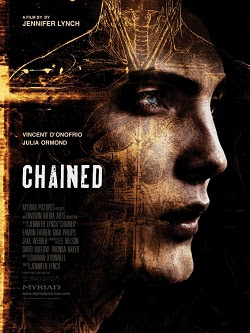 "This year, Fantasia will celebrate the wildly individualistic work of Jennifer Lynch with a pair of special screenings. First up is the world premiere of Lynch's brand new production, Chained (2012), which stars Vincent D'onofrio as a taxi-driving serial killer who abducts a young boy and raises him as his son—fully expecting the child to grow into being a mass murderer himself. In Lynch's hands, what could have been a simple 'how to make a monster' serial killer film turns into a black discourse on parenthood and instinct. Also starring is Eamon Farren and Julia Ormond, the latter reteaming with Lynch after 2008's brilliant Surveillance. 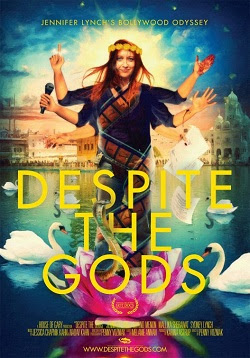 "Fantasia will also be presenting the Quebec premiere of Australian filmmaker Penny Vosniak's recent Hot Docs smash Despite the Gods (2012), which documents Lynch's star-crossed adventures in India directing Hisss, an ambitious Bollywood film (and a rare Bollywood / U.S. co-production) whose production spiraled out of control due to producer mismanagement and various twists of fate. It is one of the strongest films about the trials and madness of moviemaking that you will ever encounter. Screenings of both films will be hosted by Jennifer Lynch."