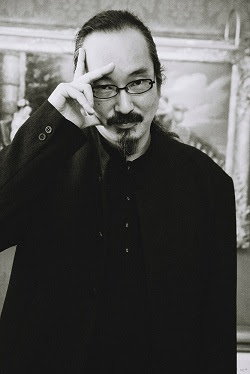 As announced in Fantasia's July 6, 2012 press release: "The art of animation in its many forms and disciplines has always had a strong place at Fantasia. This year, the festival has decided to give the form its own permanent section: AXIS. From social realism to mind-bending fantasy, all styles and sensibilities will be showcased, now on a greater scale than ever.

"Further, the festival is proud to be rechristening its animation jury prize as The Satoshi Kon Award for Achievement in Animation, named after the dear, departed visionary whose feature debut, Perfect Blue, world premiered at Fantasia in 1997 (as did his later Millenium Actress)."

As a tease, here are several key selections from this year's AXIS lineup. Stay tuned for the full lineup to be announced on July 11. Portrait of Satoshi Kon courtesy of Laurent Koffel. 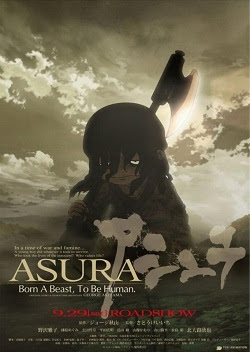 Asura (Japan) Dir: Keiichi Sato—Over forty years since it came into being, George Akiyama's manga Ashura remains a raw and affecting action-horror-tragedy, and its potency is only further amplified in this new anime. Keiichi Sato, director of Tiger & Bunny and Karas, oversees a masterful blend of digital animation and handcrafted artwork spiked with startling fights and chases and flashes of fearsome beauty. Vivid and intense, Asura is a journey through hell not soon forgotten. Official Selection: Annecy International Animation Film Festival 2012. IMDb. Wikipedia. Canadian Premiere, hosted by Producer Yoshiyuki Ikezawa. 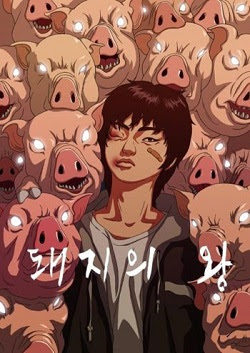 The King of Pigs / Dwae-ji-ui wang (South Korea) Dir: Yeun Sang-ho—Selected at the last Director's Fortnight in Cannes, this masterfully written animated social drama brings elements of thriller and even horror cinema to expose how social inequities can bring extreme consequences, even in middle school. With his intense first feature film, director Yeun Sang-ho has instantly established himself as one of the leading voices of international animation cinema. IMDb. Wikipedia. Canadian Premiere hosted by Writer / Director Yeun Sang-ho.

At Variety, Richard Kuipers states that "Yuen Sang-ho gets his message across with undeniable fury and a good measure of intelligence." At The Hollywood Reporter, Maggie Lee writes: "Ugly, pitiless, and mightily provocative in its representation of human debasement, [Yeun Sang-ho's] satire on class inequality burns like acid." Lee adds: "Technically adept and highly cinematic in its storytelling, the $150,000 production proves that it is still possible to produce quality animation with a modest budget. Sketched in stark, masculine strokes on a somber, dusky color palette, the human figures are made to look distorted and beastlike. It is as if their malice and misery have seeped into their facial features and are refracted as a snarl, a burrowed eyebrow or clenched teeth." At Twitch, Brian Clark adds: "The animation isn't going to win any awards for aesthetic beauty, but it's blunt, less-than-fluid style suits the subject matter perfectly. The medium also allows the film to dabble in some surreal, hallucinogenic imagery that mirrors the characters' psyches. Like the film's style, it's effective in an immediately-visceral way, but at the same time, these scenes are structured and directed in a way to where they play more like sudden jump-scares in a horror movie." 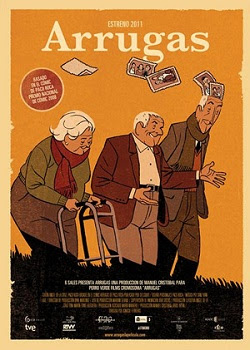 At Variety, Jonathan Holland writes: "Featuring lovable but credible characters and a beautifully crafted, understated plot that emerges elegantly from their fears, fantasies and forgetfulness, this thought-provoking, universally comprehensible item skews naturally towards adult auds, but its animated format could plausibly appeal to a younger demographic." At The Hollywood Reporter, Neil Young considers this "poignant" and "exceptional" animated feature about senior citizens to be "one the year's best Spanish films." He writes that Wrinkles "takes a commendably unsentimental and nuanced approach to a complex subject, one that avoids melodramatic situations and simplistic characterizations while adhering to certain conventions of this particular sub-genre." 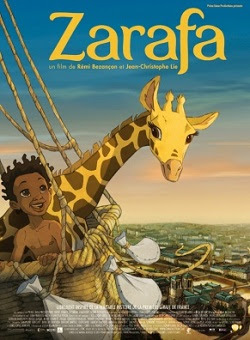 At Screen, Lisa Nesselson writes: "A visually splendid and emotionally satisfying animated adventure for all ages, Zarafa boasts all the ingredients (at least in an ideal world…) for international success, starting with a terrific fact-inspired story, simply yet beautifully told."
Posted by Michael Guillen at 7/08/2012 04:53:00 PM

"The King of Pigs" looks like an interesting animated movie. It looks like it will give a surreal take on the standard fare high school storyline that is so prevalent in East Asia.