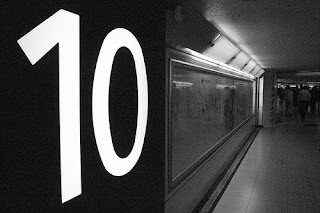 Now that my commitment to stating the obvious has wrapped up for the San Francisco Film Critics Circle (SFFCC), I'm left free to remind myself—"But, oh yeah, these are the movies I really watch in any given year!" Naturally, as a film festival junkie, I'm referring to those films which did not achieve theatrical distribution in 2010. Perhaps they will soon winnow their way into a theater near you? Or achieve critical consensus by December 2011? Or perhaps they will evanesce the way of all things beautiful, significant and true? Some festival darlings remain committed coquettes, after all. Still, I pin them to this year-end list before they flirt or fade away.

I've likewise ranked them from my rave fave rave, which is just a shout or two away from my least fave rave: clearly, the arbitrary result of this morning's strong coffee sipped beneath the malleability of San Franciscan skies. Further, as a gesture of economy—and because raves owe no genre abiding loyalty—I've combined narrative features with documentaries. It's been a great year for documentaries and they rightfully warrant their own top ten but I'm going to respect them in my own way and put them on an equal playing field with narrative features. 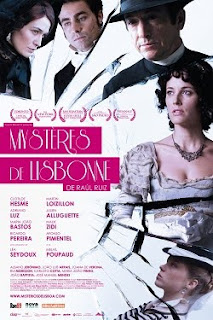 Mysteries of Lisbon / Mistérios de Lisboa (Raúl Ruiz, Portugal)—My first Ruiz film arrived as a guest and took a cinephilic slave. A sensual conquest has never been more swift and predetermined. I'm afraid I had little choice but to be overtaken by Ruiz's masterful amusement on the ambitious follies of youth and the nostalgic recapitulations of the elderly. If I've resisted writing about the film since its world premiere at the Toronto International, it's only because I feel it warrants at least one more screening before committing myself to such a pleasurable—if challenging—task. (I'm waiting with baited breath and crossed fingers to see if it will be included in the 2011 edition of the Palm Springs International Film Festival (PSIFF), upcoming in early January.) Mysteries of Lisbon might even require multiple viewings; it's that rich and multilayered. 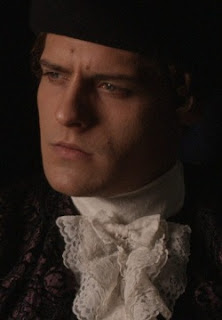 Souls more informed—and infinitely more prepared than I am—have already weighed in, however. Not only has Rouge provided the definitive online primer for Ruiz, but at MUBI David Hudson has rounded up the first reviews from the TIFF world premiere, the New York Film Festival, plus a few recent end-of-the-year notations. Eventually, I'll get around to drafting a critical overview of those entries; but, for now, am impressed with how Ruiz has crafted a film with a running time of four hours plus that feels breathtakingly only a little over two. Secondly, his ingenious usage of toy theaters to frame his evolving narrative compelled me to attend an exhibition "Toy Theatres: Worlds In Miniature" at San Francisco's Museum of Performance and Design upon my return home from TIFF, which greatly enhanced my experience and appreciation of the film. Finally, in recent weeks I've been reading Reginald Gibbons' William Goyen: A Study of the Short Fiction, which has provided a handy literary precedent by way of Goyen's stylistic usage of "teller-listener" situational narratives. But more of all that later when I have decent time to indulge these insights. 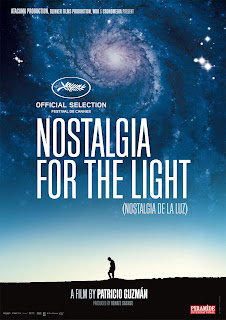 Nostalgia For the Light / Nostalgia de la luz (Patricio Guzmán, France / Chile)—Mark my words, Nostalgia For the Light will be the leading Oscar®-contender for 2012. And if it doesn't win, then it means that Americans have not only forgotten their own recent history, but how to judge a work of documentary art that—not only speaks to the ages—but will remain relevant throughout the ages.

Here's another film I hope screens at PSIFF so I can have another look at it and hopefully—if Patricio Guzmán attends the festival—I can give him one of the meteorites from my collection. Our mutual admiration for meteorites was only one thing Guzmán and I discussed during our conversation at Nostalgia For the Light's TIFF screening, and I remain grateful to MUBI for publishing the transcript of that conversation. 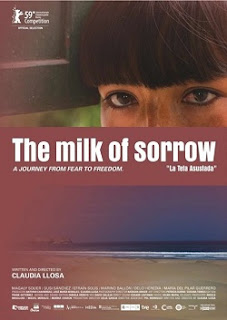 The Milk of Sorrow / La Teta Asustada (Claudia Llosa, Peru)—Despite being nominated for an Oscar® in the Foreign Language category, Claudia Llosa's elegant The Milk of Sorrow had—to the best of my knowledge—a sole one-off screening in the Bay Area. Commendably, Olive Films is distributing The Milk of Sorrow on DVD, and Netflix has it currently available for rental. I spoke with Claudia Llosa at last year's edition of the PSIFF, where I transcribed her Q&A, and later followed up by speaking with Dr. Kimberly Theidon, on whose shoulders the film stands.

Altiplano (Peter Brosens & Jessica Hope Woodworth, Belgium)—Yet another gem that gleamed for me at last year's edition of the PSIFF and which never arrived theatrically in the Bay Area. Such a shame since its fabulist aesthetics work well on the big screen. Fortunately, it is currently available for DVD rental at Netflix. 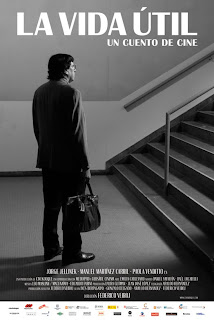 A Useful Life / La vida útil (Federico Veiroj, Uruguay)—A Useful Life grants charm and dignity to being a cinephile. It's leapt over all the naysayers who said its 66-minute brevity would ruin any chances for distribution. The ever-prescient Global Film Initiative has picked up A Useful Life for their 2011 Global Lens Film Series. Honor that series and you'll get to see Federico Veiroj's valentine to cinematheques where aspect ratio becomes loving homage. Until then, check out my conversation with Veiroj at MUBI.

Animal Kingdom (David Michôd, Australia)—I could almost consider Animal Kingdom one of a pair, being preceded just a month or so earlier by its Aussie compatriot The Square. Both spring from the ensemble talent of Blue Tongue Films, named after not only an indigenous lizard but the team's penchant for cussing. You might say this choice is actually a vote for both films. To this day I regret that—when my computer's hard drive crashed this summer—I lost the recording of my conversation with Joel Edgerton when he was in San Francisco promoting The Square; but, fortunately, I didn't lose my conversation with David Michôd for Animal Kingdom. 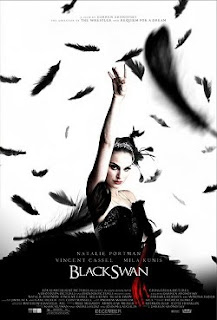 Black Swan (Darren Aronofsky, USA)—How divisive this film must be if even the SFFCC couldn't reach consensus over our Best Director Award and had to call it a tie between Aronofsky and David Fincher for The Social Network? One of my colleagues on the Circle protested that you could be sure New York's Film Circle wouldn't put up with such a thing: they'd thrash it out to the end. Myself, distrustful of consensus in general and with one vigilant eye on how quickly seconds become minutes and moments become eternities, I rationalized the tie as "kind of cool", precisely as a sterling reminder to all parties concerned that consensus is some parts agreement but most parts stubborn (i.e., informed) argument. I've not much more to say about this film that I haven't already effused, though lately I've been amused by some online "discussions" where the film's detractors keep criticizing Black Swan for not being "realistic." (God forbid what they're going to think about The Mysteries of Lisbon or Altiplano!) In this instance, it's not so much about whether or not any self-respecting ballet company would hire a ballerina with a huge tattoo on her back as it is the moral imperative that deep and darkly troubled psyches often require an interspecies transformation to achieve catharsis. Ask any good Japanese storyteller and they'll tell you the lesson is in the change, especially in any story more beautiful than true or—appropriate to this context—one more beautiful than real. 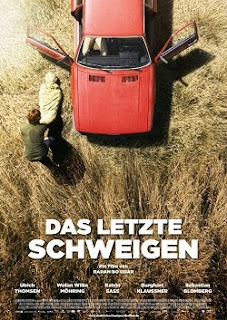 The Silence / Das letzte Schweigen (Baran bo Odar, Germany)—This movie is both brutal and beautiful with one of the most arresting ensemble performances in recent memory. My conversation with director Odar is shortly forthcoming. With its festival trajectory kicking off in North America here in the Bay Area, I'll be intrigued to see how the film rolls out over the rest of the country. Its disturbing content might prove too challenging for American tastes. Feeling compassion for the loneliness of a pedophilic murderer might be a tad too much; but, my heart was fully engaged with the film's arching humanity. 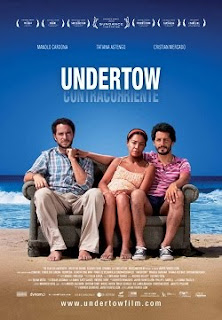 Undertow / Contracorriente (Javier Fuentes-León, Peru)—An audience pleaser wherever it goes, I have to count myself among those impressed by Undertow's brave sentiments and the gentle craft employed to make it a romantic film accessible to everyone. Too often what is categorized as "queer" film ghettoizes itself from inception, but Fuentes-León's visionary sweep winningly invites the world. He was a thorough delight to talk to when Undertow screened as part of Frameline's focus on Latin American Queer Cinema and Wolfe Video deserves kudos for championing the film. It's one of the few foreign films (let alone queer films) I know that was repeatedly extended one week after another during its SF run. How will it fare at PSIFF? Should it win audience favorite there, will that increase its chances for an Oscar® run?

Guest (José Luis Guerín, Spain)—Last, but hardly least, is the filmic experiment that some critics have termed "a noble failure." We should all fail so compassionately; humanity might stand a measure of success were that the case. My conversation with José Luis when Guest played at Toronto was one of the most influential of the year for indirectly revealing that the manner by which Guerín created and edited Guest bears a striking resemblance to how I approach individual interviews (and The Evening Class interview project in general). In reconsidering dialogue as a syntactical process to achieve a certain tempo, rhythm or shape, our editorial methodologies are intriguingly similar. Guerín is the kind of filmmaker who inspires me to make a film. His comment—"What I encounter by chance converts or contests my inquiries towards controlling the real"—has become something of a daily affirmation.

Email ThisBlogThis!Share to TwitterShare to FacebookShare to Pinterest
Labels: Lists

Hiya, Michael.
Great Top Ten - what I enjoy here is being tantalised by films I've yet to see but sound compelling - ALTIPLANO, A USEFUL LIFE, THE SILENCE, for example. I'm screaming to see Ruiz's film, and Guerin's too - I'm hoping they'll grace the screen here in Melbourne, at next year's film festival. Fingers are crossed.

I give hearty thumbs-up to two of your top ten. NOSTALGIA FOR THE LIGHT is stunning, I walked out of the theatre dumbstruck at how Guzman had transformed the documentary format into something so poetic, wondrous, and heartbreakingly visionary. And I'm so pleased ANIMAL KINGDOM gets a mention. The film has cleaned up at the local film awards (the AFI awards), winning 10 awards, including Best Film, Best Director, Best Screenplay, Best Actor (Ben Mendelsohn) and Best Actress (Jacki Weaver). This is some sort of indication of the pride going on over here of a film that is most likely going to enter the pantheon of Australian Classics. I'd love to see this film getting international acknowledgement in end-of-year reviews all over the place.

Michael, thanks so much for stopping by to comment. I've likewise enjoyed exploring your own site Cinema Ramble and have added it to my blogroll. You've written on a wide range of films since starting your site up in July and I look forward to finessing those entries in detail in weeks to come.

So glad you share my enthusiasm for Nostalgia for the Light and Animal Kingdom. I don't think you need to worry much about the latter finding adherents here in the U.S. Jacki Weaver, especially, has been on almost everyone's Best Supporting Actress list and she's got a good chance at being nominated and winning our Oscar in that category.

Don't let the wilderness dry out out, Michael. Keep writing!!

I haven't seen any of these films yet but I'm eager to. Especially after reading your comments about them. Thanks for sharing it with us, Michael! I always appreciate your suggestions since you tend to have such wide & varied taste.