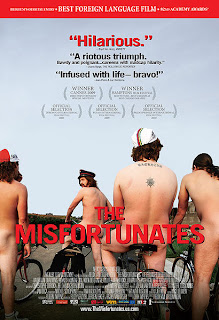 Along with The Over the Hill Band and Altiplano, the third Belgian feature I caught at PSIFF10 was Felix Van Groeningen's The Misfortunates (2009), Belgium's official submission to the Academy Awards® foreign language category. Though it did not make the Oscar® shortlist, The Misfortunates won the Prix Art et Essai at the Cannes Film Festival's Quinzaine des Réalisateurs, and three Golden Starfish Awards (Best Feature, Best Screenplay, Best Cinematography) at the 17th Hamptons International Film Festival.

As with its Belgian counterpart Altiplano, The Misfortunates frequently shifts its palette from black and white to color and so I felt compelled to open the Q&A questioning on that stylistic choice. 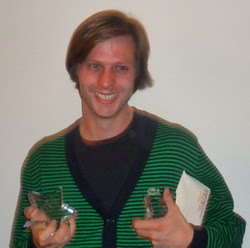 Michael Guillén: I'm intrigued with your shifting palette between color and black and white footage and—as I couldn't see that it had anything to do with temporal placement—I'm curious about this stylistic choice?

Felix Van Groeningen: Technically, the film was completely digital [it was shot on The Red] so all the effects—the grainy looks, or the black and white, or the yellow or blue grading—were decided upon and added afterwards during the editing. I could say something about that; but, I'll make my answer a bit wider and speak about how I work in general. Generally, I just like to experiment with things, to start off with an idea and see where it takes me, usually without knowing in the beginning why it attracts me or why it could be good; to try a lot of things with that; to discover why it could work or why it works even though I didn't think of it upfront. 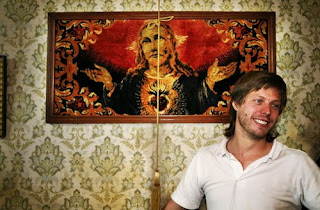 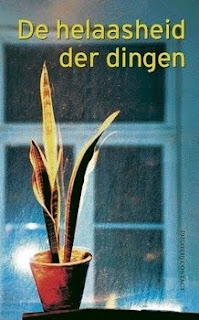 It started working when my editor said, "Maybe we shouldn't just use black and white; but, also different colors, and different looks that refer to photos?" Then we thought, "Okay, this could work." All the scenes that play in the past are like photos, as if Gunther (Valentijn Dhaenens) is looking through a photo album of his youth, wherein he sees black and white pictures, Polaroid pictures, or pictures that have become yellow and faded because of the sun. Then we just played with those colors during editing and it started working for me emotionally. It added to making the film a journey into the past, into melancholy.

On Shifting Emotional Registers Between Comedy and Drama
That was the main thing with this adaptation. It's an adaptation of a book. When I read it, I found a lot of things hilarious but I chose to make a film out of it because—when I read the scene where Gunther goes to his grandmother and thanks her—I cried and was really touched by then. That's the real reason why I thought I should make a film out of it because in that scene everything came together. Although a lot of melancholy comes into Gunther's adult life and he becomes really cynical, in that scene with his grandmother he's okay with everything and he thanks her. I found that beautiful. That's the reason when I read the book, I thought, "This story is worth making a film about." 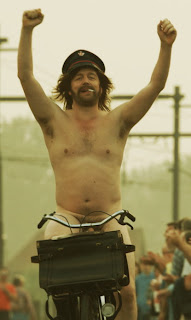 But, yeah, there were hilarious scenes. For example, the scene where one of the uncles invents his Tour de France game had to be in the movie because it was so inventive and hilarious. When I was writing, when I was directing, when we were shooting or editing, what I constantly had to keep in my mind was: "Yes, it can be funny; but, it has to be this story of this little boy, this dramatic story." I worked a lot with the actors to develop the scenes to make them emotional, to not just have them drinking and having fun. All the scenes had to relate to how this little boy was feeling. Then it was a matter in the editing of shifting between the film's two emotional registers. To be honest, in the editing we also tried a lot of things and the final film is really different from the shooting script because in the first cut it didn't work, it wasn't doing what it had to do, so we had to rethink how the two stories could develop together, but especially how you could get into the story and ride the good feeling while on the other hand understanding from the beginning what the problem is about this boy. 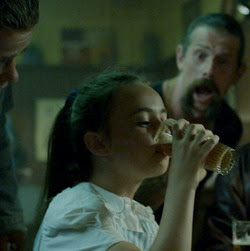 I guess it' s still around, but this story really talks about Belgium 20 years ago and the author wrote it because he's also saying that these things are happening less now. He is really happy that he got out of his situation and that there are social workers who take care of that and who try to do something about it. So he's actually saying that it exists less and less, although that's not really true. In Belgium nowadays there still are kids who accompany their parents to the bar and who maybe sleep on the billiards because their dad is drunk; but, it happened a lot more 15 years ago.

On Whether Alcoholism In His Own Upbringing Influenced the Film
I had an uncle, yeah. My mom and dad weren't alcoholics but my father had a bar so I saw a lot of things. And then I had the alcoholic uncle. What I got from experiencing being with my uncle was that he could also have a great deal of fun. That's one of the things that I think is special about this film. That was also in the book. They're alcoholics and there's a lot of bad things going on but they're also having a lot of fun. It starts with a lot of fun and then it goes wrong. It always goes wrong also; but, it always starts out as a lot of fun. 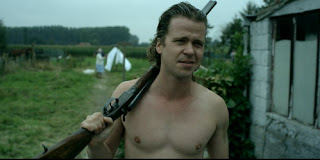 On the Locations
Actually, it was quite hard to find the bars. We wanted real authentic bars from the '80s and the ones that we saw in the beginning, there were too many elements that were from today that were hard to take out. Then we found some empty bars and put all kinds of props to make it look like the '80s, to make it authentic. They are disappearing, those kinds of bars.

On Using Natural Light
My DP would have wanted to use more natural light; but, because it was shot in digital—using The Red—you need some lights to make it look beautiful. If you shoot in 35mm you can use real natural light. If you have one bulb, you can make beautiful images with it. We didn't do that but that's because of the format, I would say. 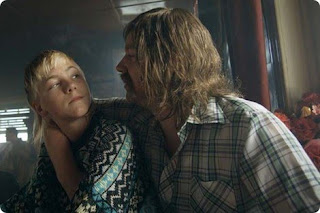 On What He Would Change If He Had An Extra Day to Edit
Nothing. Actually I wanted to change some things before it got accepted at Cannes. We sent it to Cannes and we were waiting two or three weeks—the film was finished, the editing was finished—and we were waiting to hear if we were going to be accepted or not. I had the editing suite at my home and then I thought, "I think I can make it better" and I changed some things. I showed it to the editor and the producer and they were like, "Felix, don't do it. Now you're really pushing it." I couldn't let go of it. I didn't have this with my other films. It was very strange. My other films, when they were finished, they were finished. I worked really hard on this film. I felt that this film had to be a big step in my career and I wanted to make the best possible film. I just couldn't let go of it. I'm really happy that my editor and producer stopped me. I really would have blown it, I think, because I couldn't let go. Really. But now I'm okay with it. I will never ever change it.

On Whether His Future Plans Include Hollywood 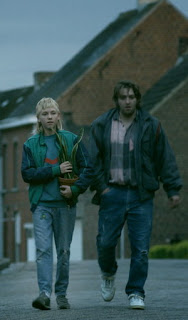 I'm developing a new Belgian movie. Actually, it is fairly easy to make a film in Belgium compared to Hollywood, I've learned. There aren't so many people. Once you have accomplished a few films, it's fairly easy to go on. At this point. Maybe in 10 years it won't be that possible; but, now I think I have to continue making Belgian films because the strength of this film is also its authenticity. It would be a lot harder for me to make a film with the same authenticity in Hollywood. But, on the other hand, it would also be nice to make a film in Hollywood. Who knows?