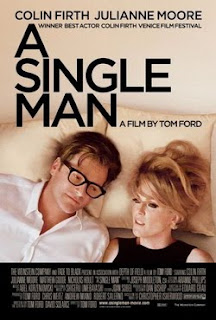 The flush of desire inspired by the blush of youth has rarely been as lyrically expressed as in Tom Ford's A Single Man, elegantly adapted from the novel by Christopher Isherwood. But it isn't just the innocence of youth that momentarily reminds George Falconer (Colin Firth) that life is worth living and that fleetingly pulses color into his otherwise pallid grief: the little girl who lives next door (who precociously notes that her father considers George "light in his loafers"), the underlit petals of a carmine rose, and the hair of a dog that "smells like buttered toast" likewise throw death off Falconer's scent, even as the film observes that death remains an amorous and persistent suitor.

A life leached of color is just one way that Ford visibly represents the loss felt by Falconer over the vehicular death of his partner of 16 years. Rogue waves of grief are equally felt (and depicted) as dreams of drowning. Falconer's suicidal ideation is as neatly arranged as his practical affairs; a revolver cozies up in his briefcase to a novel by Aldous Huxley. Each ticking of the clock mimics the sound of footsteps leading to an inevitable destiny. Without the love of his life, the center cannot hold and as Yeats' poem insinuates: "the falcon cannot hear the falconer." There's also morbid comedy in Falconer's amor fati: he can't quite seem to get comfortable enough to commit suicide and is easily distracted by his social obligations.

Set in Los Angeles in 1962, A Single Man follows Falconer through the course of a single day, where a series of encounters brings into question whether he has reason to live after the loss of his longtime companion Jim (Matthew Goode). Though consoled by his closest friend, Charley (Julianne Moore), a 48-year-old beauty left behind by husband and son, and flatteringly stalked by one of his concerned (and androgynously seductive) students, Kenny (Nicholas Hoult), Firth delivers an admirably restrained and dignified performance as a man quietly drowning in grief who lacks confidence that it isn't foolish to want to be saved. His melancholy smile is a heartbreaker. 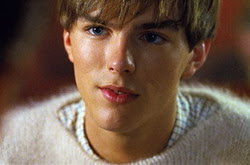 Among the film's many accomplishments, A Single Man situates the depth of grief against the superficial society in which Falconer lives. Here, Ford's fashion background accurately represents the surface calm true to the period that belies turbulent currents underneath, achieving this perhaps more poetically than Mad Men's comparable televised effort (though Ford offers a wink and a nod to that effort by casting Jon Hamm as the uncredited voice of Hank Ackerly, who delivers the sad news to Falconer that Jim has died). 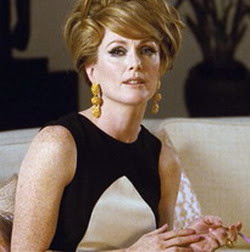 The conflict between style and substance is nothing new, but what distinguishes the substance in this narrative is the "inappropriate" nature of grief itself, especially in a world of stylish surfaces. Poet Robert Bly once quoted Ortega y Gasset as saying: "The only real ideas are the ideas of the shipwrecked." Bly noted, "You have an utterly sincere glance when you look around after you are shipwrecked. You weep a long time on an island when you realize what's happened to you. …Sociological prose can tell you everything, but it can't point out the grief." By "shipwrecked", of course, he means that "the ordinary structures that hold you up are gone." 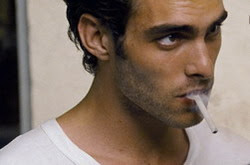 I first caught A Single Man at its North American Premiere at the Toronto International Film Festival where it arrived fresh with a Best Actor win for Firth from the Venice International and—after recently catching it again at a press screening preparing for its theatrical distribution—I can vouch that A Single Man deserves more than a single viewing, and not only for Firth's Oscar®-worthy performance. There's so much to catch, whether a cameo of Don Bachardy in the teacher's lounge, or one of Bachardy's drawings in Falconer's bathroom, the psychological weight of a yellow pencil sharpener (yellow the color of decay), or that visually arresting scene in the parking lot where Falconer's life is rendered small against a large advertisement of Alfred Hitchcock's Psycho. An aggrandized Janet Leigh stares out at A Single Man's audience in a terror that seems at odds with the quiet, desperate terror Falconer is experiencing. There's a slight incongruency (in that Psycho actually came out in 1960); but—as David Thomson has pointed out in his recent volume on the film—the true terror of Hitchock's Psycho is not only that it taught Americans how to love fear, but, more importantly, that it showed how loneliness can drive a man mad.

I think the film deserves some re-screening and some analysis as Ford (and cinematographer, Eduard Grau) play a LOT with color as he moves through his day, which I didn't hook into until the 'party' with Charly.

Also, I have made it almost a mission to point out that "additional music" was composed by Shigeru Umebayashi, who I think has composed some of the lushest and bittersweet themes in cinema! (Yes, some hyperbole there!)

Thanks for mentioning Umebayashi, Jay. For some reason he wasn't listed in the IMDb credits. I kept wondering which music was his. Can you recommend another soundtrack of his?

Ack! Sorry for not checking in as regularly as I SHOULD...!

My favorite Umebayashi score is for "2046"! Also, The House of Flying Daggers is sort of fun, though not at his most emotionally evocative. ;)

P.S. I am almost CERTAIN that the closing them had to be by Umebayashi!

Thanks for following through, Jay. I wish the credits were more clear.