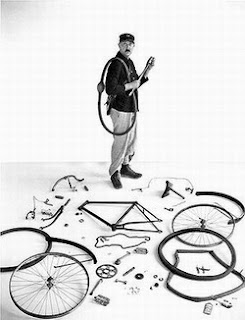 "Comedy is the summit of logic."—Jacques Tati

The comic logic of Jacques Tati will be displayed on both sides of the Bay in coming months via conjoined retrospectives at Berkeley's Pacific Film Archive (PFA) and San Francisco's Yerba Buena Center for the Arts (YBCA).

Following a set of successful film screenings at the Cinémathèque Française and fresh on the heels of a retrospective mounted at New York's MOMA, PFA sprints ahead with its series "Playtime: The Modern Comedy of Jacques Tati" curated by Susan Oxtoby. As Juliet Clark specifies in her introductory notes: "Tati has been described as the cinema's foremost antimodern modernist; his precisely arranged images and inventive soundtracks underline the alienation and oddity of everyday twentieth-century life." The PFA series runs as follows: 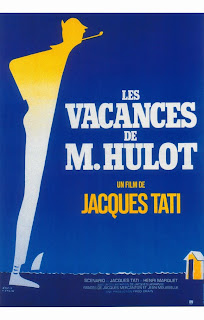 Friday, January 15, 2010, 7:00PM
Playtime (France, 1967)—Tati's vision of sixties Paris is "perhaps the most madly modernistic work of anti-modernism in the history of cinema."—New Yorker. "One of the ten greatest films of all time."—Jonathan Rosenbaum. With short Night Class. (153 mins). New Print. 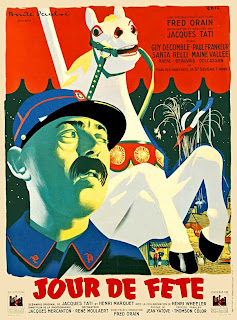 Saturday, January 16, 2010, 6:30PM
Jour de fête (France, 1949)—Tati's first feature is a charming portrait of a rural village, where the bumbling local postman is inspired to American-style efficiency by a newsreel in a traveling fair. "Everyone loves Jour de fête."—New Yorker. With the 18-minute short The School for Postmen / L'ecole des facteurs (1947). (108 mins). New Color Print. 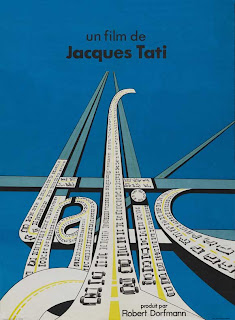 Sunday, January 24, 2010, 4:30PM
Traffic (France, 1971)—A comic-apocalyptic vision of mechanized modernity in which humankind indulges in a perpetual love-hate relationship with its favorite pet, the automobile. (100 mins). New Print. 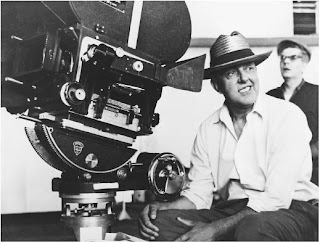 The YBCA series "Jacques Tati: Genius of French Comedy" runs concurrently at YBCA, with the added attraction of the US premiere of The Magnificent Tati, a compelling brand-new documentary by Michael House that explores Tati's career from his roots in the Parisian music-halls of the '30s to his rise and ultimate fall from grace after the release of his masterpiece Playtime. An eclectic range of interviewees (including admirers Mike Mills, Frank Black and Sylain Chomet) pay testament to his genius, and a wealth of clips make this an essential accompaniment to the retrospective. The YBCA series runs as follows: 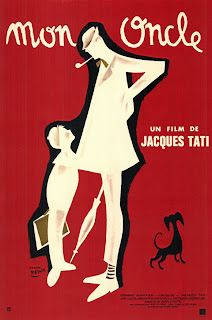 12/23/09 UPDATE: At Hell on Frisco Bay, Brian Darr details further screenings of the Tati films in the Bay Area and highlights his own favorites.

To all those who haven't seen PLAYTIME on the big screen, it's a total must. One of my fave films.