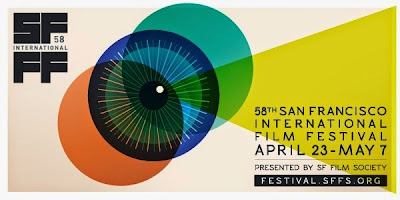 After a few unsettling years of deaths and other curve balls, the San Francisco Film Society's 58th edition of the San Francisco International Film Festival regained its standing as one of the strongest, most influential—let alone the oldest—film festivals in the U.S. With Noah Cowan officially taking the reins as Executive Director for his first edition, a vibe of casual and fun confidence was added to the festival's diverse offerings of spectacular "Big Night" Bay Area premieres, gala events, spirited parties, live onstage appearances, award presentations, master classes, and an impressive bumper crop of some of the world's best films on circuit, several lining up under a vibrant spotlight profiling the role in cinema that music plays in changing—and even in some instances, saving—lives.

Particularly notable in this year's line-up were the robust programming strokes of Sean Uyehara who has matured over the years in his keen intuition of the pop cultural appetites advancing the festival's burgeoning youth audience. In tandem with Director of Programming Rachel Rosen's commanding and articulate on-stage conversations for the opening night, centerpiece, and closing night films, and Rod Armstrong and Audrey Chang's competent introductions contextualizing films for their anticipatory audiences, the SFIFF programming team deserves a special shout-out this year for a helmship masterfully navigated. 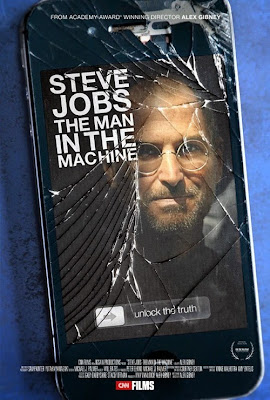 Steve Jobs: The Man in the Machine (dir. Alex Gibney, 2015)—Alex Gibney's Opening Night entry Steve Jobs: The Man in the Machine posed (and, in effect, answered) the question: "How much of an asshole do you have to be in order to be a genius?" I don't recall Gibney insinuating himself into one of his films as conspicuously as in this documentary, wherein he queries why there should have been such a global outpouring of grief over the death of a businessman who, basically, just sold us products? But, oh what products, eh? Despite revealing Jobs's less attractive side, archival footage of Jobs unveiling the iPhone still excites after all these years. Gibney's on a roll with three documentaries out in as many months and his master class with SFFS director Noah Cowan and filmmaker Rob Epstein proved enlightening as to the documentarian's rigorous methods. Ramin Setoodeh gleaned further insight in his Variety interview with Gibney. The documentary continues on festival track but was acquired by Magnolia Pictures following its world premiere at SXSW. David Hudson aggregates reviews at Keyframe Daily. 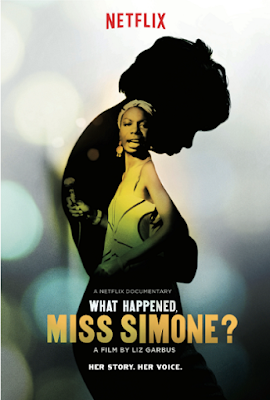 What Happened, Miss Simone? (dir. Liz Garbus, 2014)—Two nights in a row SFIFF featured documentaries revealing the dark psyches of cultural icons, first with Apple CEO Steve Jobs and then musical legend Nina Simone. Reviews from Berlin and Sundance, as grouped together at Keyframe Daily, were uneven, but I'm not sure why, as I found the documentary a fascinating, if disturbing, portrait of a brilliant artist beleaguered with demons. One can't help but fantasize what song Nina could have sung to encourage the Black Lives Matter movement? Along with Stanley Nelson's documentary profile of the Black Panthers, the failure of the Civil Rights Movement to guarantee substantive change in a nation riddled through and through with racism surfaces as a pronounced and painfully relevant theme. When asked during a televised interview about civil rights in the U.S., Simone barks out that there are no civil rights in the United Snakes of America. What Happened, Miss Simone? is rich with archival footage of Simone in concert and in conversation (most of which I've never seen or heard before) and the after-film discussion between Garbus and NPR commentator Tavis Smiley explored the nature of Simone's demons that ruptured her career. 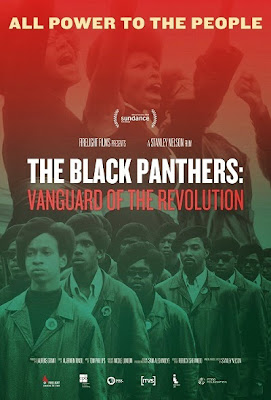 The Black Panthers: Vanguard of the Revolution (dir. Stanley Nelson, 2015)—Every now and then I'm keenly aware of just how much history I've witnessed in San Francisco. The activities of the Black Panthers were a few years ahead of my arrival in the Bay Area in 1975, though their media visibility was already ubiquitous. All the more reason to appreciate Stanley Nelson's pitch-perfect tribute to this volatile chapter of Bay Area history situated in SFIFF's Masters sidebar. Did I say history? The way things are going these days in Nina Simone's "United Snakes of America", racism is as rampant as ever and the adversarial square-off between law enforcement and racial inequity still as relevant and no less outrageous. The film's Q&A revealed mixed reactions to what should or should not have been represented in this purview, and suggested other films yet to be made. But for now, Nelson has provided a necessary primer on race, class and power relations in the U.S. and begs the question: What should militancy look like today? 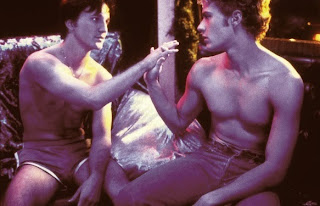 54: The Director's Cut (dir. Mark Christopher, 1998)—At 40, Ryan Phillippe is still turning heads. I admired his wandering among the party crowd at SFIFF's opening night at Madame Tussaud's and I was pretty much sitting across from him where he was sitting pretty during the U.S. premiere of the so-called Director's Cut of 1998's 54, which negated the studio interference of the film's original theatrical release to reinstate footage as it was meant to be seen of—as Noah Cowan puts it—"beautifully acted, Cabaret-like licentiousness in the form of amibisexual polyamory and rampant drug use at the Studio 54 nightclub." It must have been a nice ego rush for Phillippe to hear the Castro crowd erupt into lustful and vociferous applause when, in one of the film's early scenes, he strips off his shirt to enter Studio 54. A Manhattan Adonis on the dance floor.

Yes, indeedy, I much preferred this version to the first, with Phillippe and co-star Breckin Meyer in prime youthful form, expressing the first wave of "it doesn't matter" bro-mancery way ahead of its time. A masterpiece, even minor? I don't think so. But a nostalgic and naughty romp through the halcyon days of our collective youth. A moment in time thumping to a disco beat. And it was great to see such a youthful, costumed audience at an SFIFF event. Watching the crowd was as much fun as watching the film. 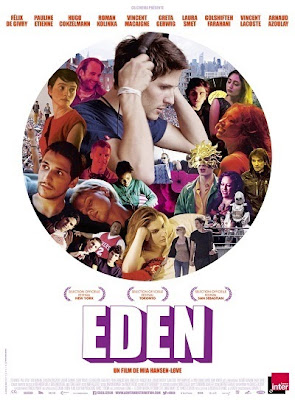 Eden (dir. Mia Hansen-Løve, 2014)—By contrast, the urban "French house" party scene depicted in Mia Hansen-Løve's Eden might have benefited from some of the melodramatic theatrics that made 54 a wicked pleasure. Instead, Hansen-Løve chose to pop that soap bubble, such that we're left with not much more than a "why should we care?" rise-and-fall story of an ambitious DJ who eventually succumbs to the drugs (and changing tastes) rampant on the dance floor. Without question, however, the best part of the film is its reintroduction to the electronic dance music engineered during the '90s and the international club scene it fueled. At a mere $10.50, the film's soundtrack offers a pulse-pounding four and a half hours of the heyday's finest. 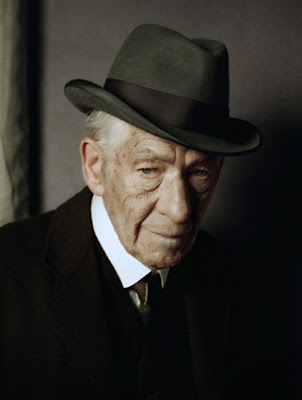 Mr. Holmes (dir. Bill Condon, 2015)—Twenty minutes into the U.S. premiere screening of Mr. Holmes, the Sundance Kabuki held its annual evacuation due to false fire alarm; but, even that unwelcome disruption couldn't detract from the first Oscar®-worthy performance of the year. You can't keep your eyes off Ian McKellan as the stately Sherlock Holmes. As an aging gentleman myself, I gleaned inspiration from the close-ups of McKellan's weathered face, which revealed intelligence and character and a fire in the eyes that I have to believe only time can spark and flame. The film elevates sentiment to measured elegance and offers a thinking man's whodunnit, something of a meta-narrative about the mysterious ways in which a mystery is imagined and written. 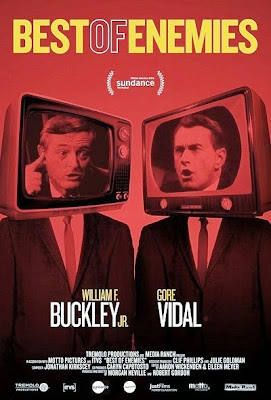 Best of Enemies (dirs. Morgan Neville, Robert Gordon, 2015)—The editorial rhythm of Morgan Neville and Robert Gordon's Best of Enemies (2015) is astoundingly entertaining. Layered archival footage creates a textured impression of America in the mid-'60s when—during my childhood—televised political punditry was born, for better or worse. I was 15 when the infamous televised debates between Gore Vidal and William F. Buckley, Jr. took place on ABC, as part of their coverage of the 1968 presidential conventions, but even then I was thinking, "Man, these guys are bitchy!!" Culture is context in this instance as our contemporary moment is revealed through its nostalgic underpinnings. 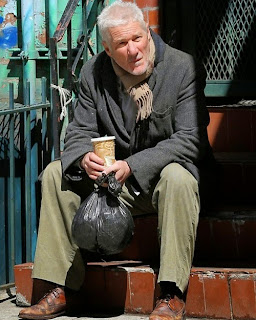 Time Out of Mind (dir. Oren Moverman, 2014)—Not even an embarrassingly clunky onstage interview could diminish Richard Gere's stellar presence at SFIFF (Gere was forced to remark to his interviewer that he was setting up questions like golf balls on tees). Gere's performance in Owen Moverman's Time Out of Mind (2014) melds the actor's activism with an unflinching performance constructed from the inside out. A hard film to watch, but one of the most important social issues out there today. The look into the horrid bureaucracy of homeless shelters will make you think twice about judging the homeless for preferring their cardboard shelters on the street. 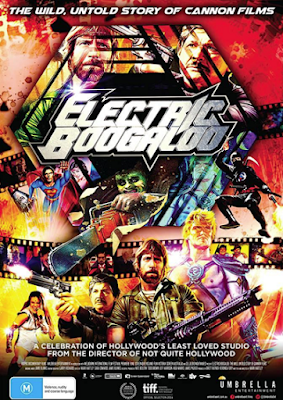 Electric Boogaloo: The Wild, Untold Story of Cannon Films (dir. Mark Hartley, 2014)—There are lots and lots of explosions and riotously implausible scenarios in Mark Hartley's affectionate overview of the filmic output from Cannon Films. When I owned and ran video stores in the San Joaquin Valley, I stocked my shelves with Cannon Films titles because they paid for themselves through rentals in no time flat. At a brisk, unsparing pace, talking heads recount the history of the studio that pumped out cult favorites and art-house triumphs like Runaway Train.

The Postman's White Nights (dir. Andrei Konchalovsky, 2014)—Speaking of Runaway Train, Andrei Konchalovsky's most recent entry is a sharp departure from that film's kinetic tour de force. Postman's narrative unfolds at a considerably more leisurely pace, with ravishingly languorous shots of the scenic beauty of Russia's Lake Kenozeno. Community squabbles among sharply-etched hardscrabble characters provide the launchpad for one of cinema's most unexpected moments (it literally made the audience gasp gleefully). 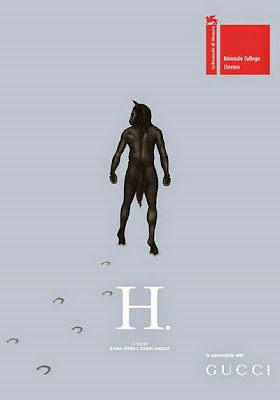 H. (dirs. Rania Attieh, Daniel Garcia, 2015)—In SFIFF's newly-annointed Vanguard sidebar, H. (2015) is a satisfying head-scratcher. Homer would have certainly been scratching his, though arguably with less satisfaction at the contemporary liberties taken with his tale of the fall of Troy (here rendered as Troy, New York, and with two Helens no less). Then again, when it comes to the cinematic treatment of literary material, all's fair game. For that matter, recently departed master Eduardo Galeano wittingly questioned the veracity of Homer's account. Galeano writes in Mirrors: Stories of Almost Everyone: "The stones of Troy were turning to sand and nothing but sand as fated by nature, when Homer saw them and heard them speak. Did he simply imagine what he sang? ...Those women and those men, and those goddesses and those gods who are so like us, jealous, vengeful, treasonous, did they exist? Who knows if they existed? All that's certain is that they exist." (2009:46-47)

I'm confident, however, that Homer would have been as bemused as I was by the film's final scene when the giant head seen floating down the river is hauled out and brought into Troy. An image fraught with cognitive dissonance (it appears to be statuary and heavy, but floats, and there's an insinuation it's something alien and extraterrestrial), it nonetheless induces a giddy giggle. We're all in on the joke by that point. What's inside that head? 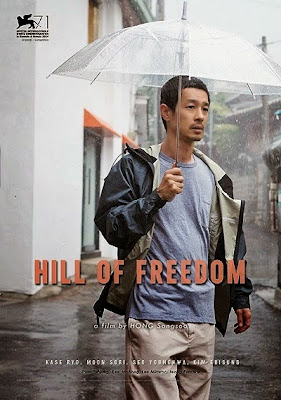 Hill of Freedom (dir. Hong Sang-soo, 2014)—Film after film, Hong Sang-soo has been conjuring drunken scenarios of awkward interactions. Variations on a theme, I admittedly wearied of his films, perhaps especially after being invited to dinner with Sang-soo and being forced to participate in embarrassing drinking games. But I'm ready to toast the master with lifted soju after watching his charming, and wonderfully brief—66 minutes; filmmakers take note!—Hill of Freedom (2014), which mines humor from all that's lost in translation. As Michael Hawley mentioned to me, it's interesting that the only character who speaks fluent Korean is the white guy. All the rest speak in halting, and hilarious, English.
Posted by Michael Guillen at 5/16/2015 10:58:00 AM