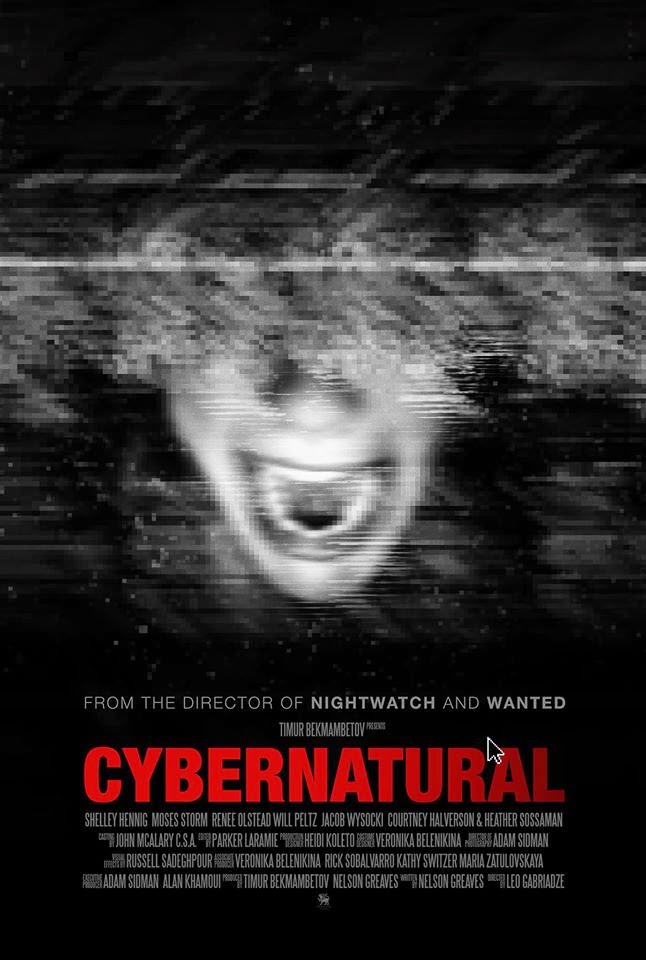 Earlier this year, I reviewed Walter Woodman and Patrick Cederberg's Noah (2013), a 17-minute short that screened at the Sebastopol Documentary Film Festival in that festival's hybrid documentary sidebar. Essentially depicting the potential for miscommunication rife on such a disembodied medium as the internet, Noah ingeniously crafted itself out of the now-commonplace practice of multitask browsing between online platforms, assembling screenshots of Google search functions, Facebook messaging, SKYPE sessions, Gmail, YouTube, Wikipedia, Chat Roulette, gaming, iTunes, and iPhone texting, narratively framed on a Macbook desktop. "If you can accept that the cinematography of the film is simply watching someone browse Facebook," Ollie England astutely noted at Crispy Sharp Film, "then the narrative and the message of the film is pure zeitgeist."

What fascinated me with Noah was how much personality and emotion was conveyed by the mere hesitancy or indecision of a cursor arrow, and the captivating tension of real-time pauses and ellipses in keyboard activity. Noah's brief narrative swiftly builds traction with all the momentum of an overheated mouse caught in its own trap.

I mention Noah to acknowledge its precedence. It's a brilliant little hybrid documentary that's all but assured of being bowled over and forgotten by the most recent iteration of its filmic conceit: Leo Gabriadze's Cybernatural (2014) [IMDb / Facebook], which recently saw its world premiere at the Fantasia International Film Festival, becoming Fantasia's first runaway sleeper hit, and earning it an encore screening (next Tuesday, July 29, 9:45PM, De Seve Theatre). Granted, Gabriadze and his writer Nelson Greaves have amplified that conceit by applying it to the horror genre, succeeding in structurally becoming something very much like Noah, but admirably distinct in the application of that structure, intent (and successful) in generating a much more menacing atmosphere satisfying the expectations of the genre and its disturbingly relevant theme of cyberbullying. 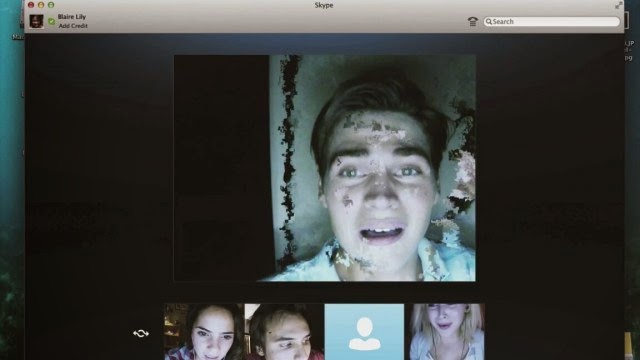 As Fantasia programmer Mitch Davis pitched in his program capsule: "Through the stacking of plot twists, character riffs and the many open interfaces, private messages and video chat windows, it pulls off the dual miracle of making its world real while never feeling static, its storytelling innovative, engrossing and horrifically relatable. In fact, Cybernatural nails the processes of how people communicate online in a way we've never seen done before. The familiar tones of incoming Skype calls and iMessages, the ingrained-into-every-atom-of-our-beings interfaces of Facebook and Twitter, the background use of iTunes, all of it, are put to ingenious use, serving as portals into character's deeper selves."

A year after Laura Barnes committed suicide at her high school following the posting of a humiliating video online that went viral, her "cybernatural" spirit invades a group chat session between six of her schoolmates who she suspects of posting the video whose toxic shaming drove her to suicide. At first, the six believe her presence to be a prank until dark secrets begin to be revealed that confirm her identity and her determination to exact revenge. It's a cat and mouse (pun intended) game.

"In an age boiling over with lethal cyberbullying and slut-shaming," Davis continues, "where kids commit suicide in front of their webcams and exes take revenge on one another by posting compromising pics snapped in earlier moments of trust, could there possibly be a more timely or pertinent genre film than Cybernatural?" 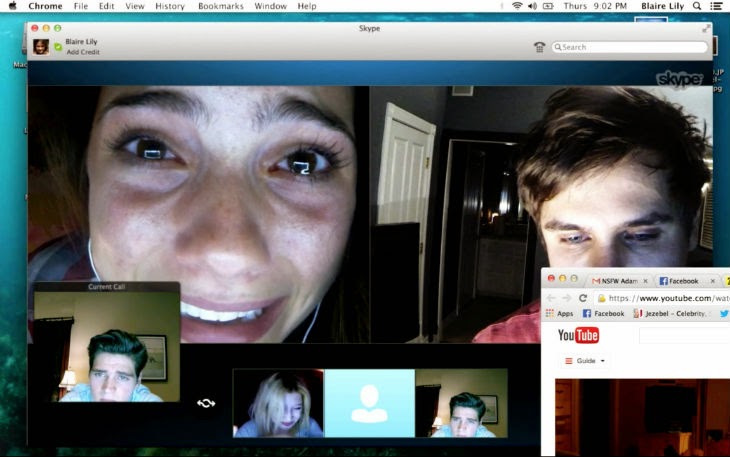 With Timur Bekmambetov (Nightwatch, Wanted) taking on producer credits, Gabriadze and Greaves guide their youthful cast—which includes Shelley Hennig (Teen Wolf), Jacob Wysocki (Terri) and hottie William Peltz (In Time)—through character-etched paranoia and escalating tension. Along with the aforementioned suspense generated from hesitant personality-driven cursor activity, Cybernatural also employs juddering distressed video and distorted sound to ensure discomfort and fear. (It's of interest to note that the distressed irresolute image has become a popular trope of the horror genre, used to maximum effect in such films as VHS and Resolution.) The repeated insertion of a Wikipedia page on demonic possession felt a bit like being hit over the head, but such minor stumbles were wholly redeemed by near brilliant comic antistrophes—our cybernatural antagonist remotely plays Connie Conway singing "How You Lie, Lie, Lie" on Spotify to offset the escalating revelations of playing the "Never Have I Ever" game and the spectacular Facebook animation of Jess (Renee Olstead) being bludgeoned to death and dismembered to the tune of "You Can't Stop Me." Our ghost in the machine has a wicked sense of humor.

In its marketing campaign Cybernatural claims the film redefines "found footage" for a new generation of teens; but, I find that claim inexact and misleading. What Noah and Cybernatural are achieving is not something found as much as constructed; "stacked" as Mitch Davis phrased it. I'm not quite sure what the exact term would be for this new style of footage—in innovation it does resemble what Blair Witch did with found footage—but it's dissimilar in key ways for staging a new form of audience identification more in league with cinematic découpage than found footage. For lack of a better term, let's call it cyberdécoupage—with its attendant aesthetics of stacked media assemblage—which is how I will monitor the technique in films to come. I anticipate a cascade of genre knock-offs.

At Fangoria, Michael Gingold concurs that "lumping Cybernatural in with the usual run of found-footage movies—even to call it a standout example—isn't quite fair, as it takes the form into different, relevant directions." 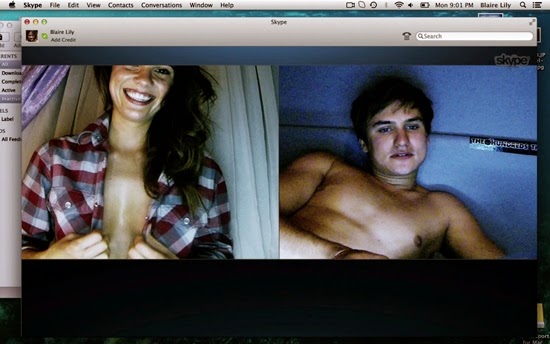 Another insight Gingold offers on the film is its succinct summation of the way sexual and violent expressions have become normalized and conflated on-line. Gingold adds: "With cyberbullying such an unfortunately common occurrence these days, Gabriadze and Greaves are working with provocative and touchy subject matter here. They rise to the occasion by treating it as serious business with long-ranging consequences [the film's tagline: "On the internet your sins live forever"], resisting the urge other filmmakers might have felt to tart it up—and trivialize it—with a lot of schlocky horror tropes. Nor are there completely clearcut heroes and villains here, as it's revealed over the course of the movie that Laura was something of a bully herself. While channeling the anger and frustration many feel over this syndrome, Cybernatural also uses it as fuel for one truly frightening ride. It works great with an audience, where the aforementioned familiarity enhances the shared viewing experience, but it will likely be just as effective—or perhaps even more so—when viewed on one’s own personal device."

I can vouch for that last observation. Unable to attend Fantasia in person this year, Cybernatural's publicists were generous enough to provide a streaming link, which watched late at night on my home computer had me jumping in my desk chair as at times it was indeterminate if the sounds and images I was experiencing were in the film or on my desktop. 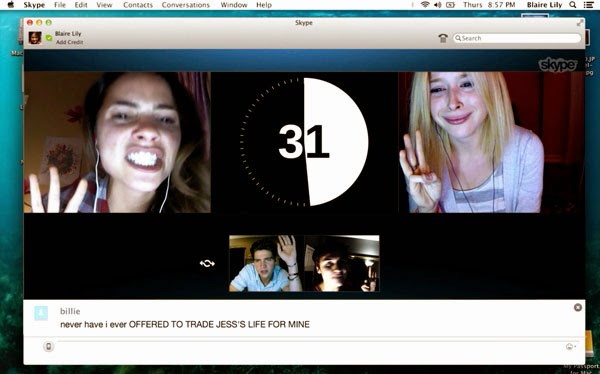 At Bloody Disgusting, Síofra McAllister argues that Cybernatural scratches the "technophobic itch" with a deceptively simple format that "taps into a universal theme that has, until now, remained elusive in genre movies despite its prevalence in our 21st century psyche: the fear that technology has given us the tools to destroy each other—and ourselves." McAllister writes: "The demonic possession trope is a tricky one to get right at the best of times, but playing on our dystopian dread of the digital footprint we're all leaving behind, Cybernatural combines the paranormal and science fiction genres with all the familiar fixings of our online lives to create a monster that's as relatable as it is terrifying. Who's watching your Skype calls? Who can trace that misguided video you posted? And just how much of ourselves do we internet users unwittingly expose—and leave behind?" Sins, indeed.

At Dread Central, Matt Boiselle wryly disclaims: "If you have no patience for the myriad of technological advances that we've endured in our lifetime, then Cybernatural is NOT the film for you. However, if you're a Twittering, Skyping, Facebookin' kind of Googler that loves to SnapChat selfies to your Instagram, then this movie is right up your USB port."