As noted by Michael Hawley in his anticipatory overview of the 2013 edition of the San Francisco Film Society's French Cinema Now (FCN), the series—though abbreviated this year—is strikingly auteurial, no less in its opening night feature 2 Autumns, 3 Winters (2 Automnes, 3 Hivers, 2013) [IMDb], which typifies the fresh face of Gallic filmmaking. Sébastien Betbeder—whose debut Nights with Theodore was the winner of the FIPRESCI prize earlier this spring at the San Francisco International—has confirmed his ascendancy with this sophomore effort. "As for soon-to-break-out-talents," writes Gavin Smith at Film Comment, "I am betting on Betbeder." Smith describes 2 Autumns, 3 Winters as a "quintessential example of mélancomédie, the micro-genre of choice among a certain strain of up-and-coming French filmmaker" and he lays out the importance of the film's debut at ACID, an offshoot of the Cannes Film Festival (programmed by actual filmmakers): "Now entering its 21st year, the Association du Cinéma Indépendant pour sa Diffusion is a Paris-based organization of modest means dedicated to promoting the circulation of below-the-radar micro-budget indie work without distribution and made at the very edges if not completely outside of the French film industry." 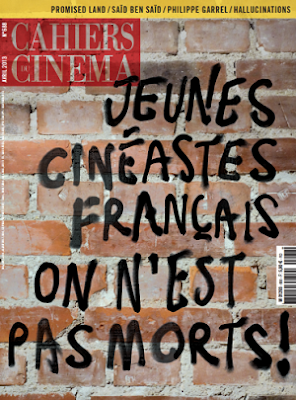 A little context helps to underscore the importance (and prescience) of FCN's selection of 2 Autumns, 3 Winters as their opening night entry. Though some U.S. critics have sought to appropriate Betbeder's effort under the "mumblecore" aegis ("which is a stretch", Hawley chides), it is more appropriately an example of the current Jeune Cinema trend in French Cinema. "The trend," writes Adam Batty at Hope Lies At 24 Frames Per Second, "has been trumpeted in the French media fairly heavily, with Cahiers du Cinéma dedicating an issue to the work of young filmmakers like Guillaume Brac, Justine Triet, Antonin Peretjatko and Betbeder himself, who alongside Vincent Macaigne, the enigmatic star of 2 Autumns, 3 Winters, stand at the forefront of a major upheaval in contemporary French cinema." A synopsis of Cahiers du Cinéma's April 2013 dossier on the trend is available at David Davidson's site Toronto Film Review. 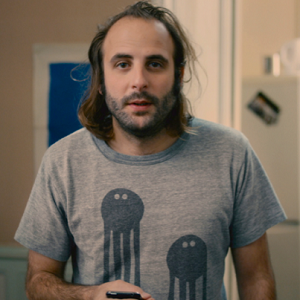 Hailed as "the new Gérard Depardieu", Vincent Macaigne has become in many ways the public face of the movement and one, Batty adds, "whose talents outline the intentions of this current wave of young French filmmakers." At The Observer, Kim Wilsher profiles Macaigne's rising star. "No fewer than three 'state of the nation'-style films featuring Macaigne were presented at this year's Cannes film festival," Wilsher points out, including Justine Triet's La Bataille de Solférino, Antonin Peretjatko's La Fille du 14 Juillet, and Betbeder's 2 Autumns, 3 Winters.

"A cine-literate streak runs through the collective," Batty continues, "with relationships within Betbeder's film defined and shaped around movies, and plotting derived from a perception of text, much in the same way that the earlier French wave digested and recontextualized existing works of the silver screen to tell a further tale." Batty finds 2 Autumns, 3 Winters reminiscent of Eric Rohmer's The Bakery Girl of Monceau "with its 'the cut as memory' approach to form and romance and omnipresent narrative voice apparent in Betbeder's text, while the pop-culturally driven, multi-faceted employment of technology recalls ... Godard." 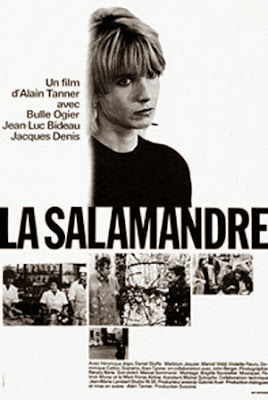 At BFI, Jonathan Romney likewise detects the film's "irreverent cinephilia" with its short snippets of animation and nods to Bresson (Four Nights of a Dreamer), Eugène Green (The Living World), George Romero (Night of the Living Dead), and Alain Tanner (The Salamander), which the Denver Film Society considers the film's "most germane citation", sharing not only the alpine location of Tanner's films, "but also their free structure and spirit." At Cinevue, Craig Williams qualifies that—while the references come thick and fast—"it's not empty posing; even when a sequence from Alain Tanner's The Salamander is shown, it's done with such unassuming laissez-faire that it's obviously just second nature to Betbeder and his cast. The picture is concerned with people who have absorbed so much cinema that it's become a part of them. These are lives consumed by popular culture; a generation who see things through the prism of the arts and unconsciously use them as means to an end. In one terrific sequence, we even get the history of new wave and post-punk told through a young man's failed suicide attempts."

Romney states that this "fresh, no-frills feature" is "comic and tender in equal measure" while giving "the nouvelle vague an idiosyncratic 21st-century spin." Its "fractured, self-conscious style" suggests "a hip young Parisian novel making itself up, complete with chapter headings, as it goes along. Inarguably a guys'-eye view of life and love but also winning, literate and very distinctive." Dozens of short chapters alternate between moments of crisis and the comically inconsequential.

Yet even as one generation of filmmakers resuscitates the craft of their predecessors, the passage of time remains common to all, and is the most honest narrative assertion made by 2 Autumns, 3 Winters, which—as SFFS synopsizes—"applies indie charm to the vagaries of life." Given time, nearly all tragedy turns to comedy. It likewise addresses "the transformative power of calamity", whereas—as synopsized at the New Zealand International Film Festival—"much of this film's arresting emotional intelligence resides in its matter-of-fact grasp of the random impact of ill health and urban crime on ordinary lives." 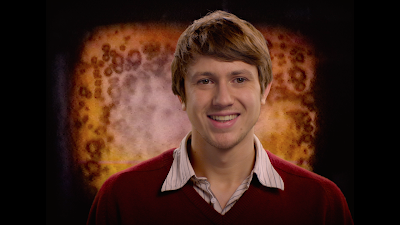 "It should be added," continues the New Zealand International Film Festival, "that each of the three principals recount their highs and lows—often as they undergo them—to camera and with a fetching mix of impulsive disclosure and sheer bemusement." Before computer-generated backgrounds, this stylistic direct address and breaking of the fourth wall would, in most instances, achieve an ironizing distance, yet in 2 Autumns, 3 Winters it effects the obverse, drawing the viewer into the forthright ruminations of the film's characters and forging an intimate relationship. "While these direct-to-camera addresses occasionally take the form of an impromptu address from a rolling scene, ala Woody Allen or Jean-Luc Godard," offers Adam Batty, "more often than not Betbeder chooses to place these commentaries in their own section of the movie, quarantined and out of time with the concurrent structure of the movie in general. While comparable to the production methods of a reality television programme, this breakdown and restructuring of the filmic elements and styles of form is actually very cinematic. Sarkozy and the Chilean miners are cut next to animated sojourns in to the netherworld and video essay breakdowns of Judd Apatow movies to create a pop culture collage, with the final work encapsulating Macaigne's earlier (and unrelated) declaration that his world is 'more Hip Hop than New Wave'."

Not everyone agrees, however. At The Hollywood Reporter, Jordan Mintzer finds "a tad too many winks to the camera" in a film that "gets by more on style and sass than on its storytelling skills." As for the film's division into dozens of brief chapters, Mintzer complains that this often gives "the impression of watching a string of short films instead of an actual feature." He concludes: "Filled with oodles of visual flourishes, including a mix of grainy 16mm and HD cinematography (by Sylvain Verdet) and nonstop moody music by French singer-songwriter Bertrand Betsch, 2 Autumns often lets its cute and eccentric stylings get in the way of the story itself, which, once you strip away all the accouterments, feels rather underdeveloped."

Picked up by Film Movement for its North American distribution, Betbeder justifies his choices in the distributor's PDF press kit: "I wanted the narrative to be dense, to alternate between serious, critical moments in the lives of these young people, and more incidental moments that have no real impact. ...The chapter structure, the direct camera address, and the parentheses in the story turned out to be idyllic directorial decisions. An intimate and special relationship then emerges between the audience and the characters. Something magical and unique happens when the person on the screen looks at you and talks to you directly. I wanted to make this film in order to share something of what the society in which I live is like; to bear witness—modestly—to an era that is coming to an end, to the changing way people relate to each other. We love differently in 2013, we have a different approach to death. We are increasingly less carefree." Kristin McCracken solicits further commentary from Betbeder in her brief Q&A for the Hamptons International Film Festival. Festival Cinemania concludes: "Director Sébastien Betbeder succeeds admirably in recreating the languid rhythms of daily life of these French 'slackers' and their newly-defined sense of humor."
Posted by Michael Guillen at 11/07/2013 01:06:00 AM