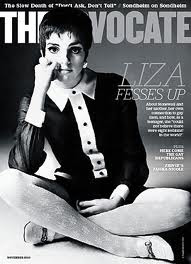 Along with "fessing up" in this month's issue of The Advocate, Liza Minnelli will sit down with Turner Classic Movies (TCM) host Robert Osborne for Private Screenings: Liza Minnelli, an in-depth interview special slated to premiere Saturday, Dec. 11, at 7:00PM (PT). Having had the opportunity to read both Michael Joseph Gross's Advocate interview with Liza and to preview Osborne's Private Screenings conversation—and as someone committed to the craft of the face-to-face interview—I'm struck by the intriguingly disparate approaches by both interviewers. Whereas Gross takes a hard-hitting (i.e., rude?) gay-centric approach, Osborne takes the high road and treats the iconic star (and her legendary parents Judy Garland and Vincente Minnelli) with nothing but tact and respect; clearly an instance of different strokes for different folks.

Favoring Osborne's less-invasive approach, I admired how he solicited Minnelli's memories of her parents rather than focusing exclusively on Minnelli herself. In conjunction with the Private Screenings premiere, TCM will pack two nights (Dec. 11 and Dec. 14) with films starring Garland, directed by Vincente Minnelli and/or starring Liza Minnelli. 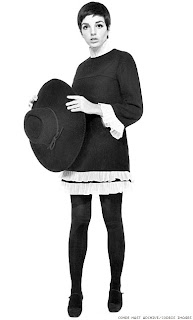 "Liza Minnelli has a perspective about Hollywood unlike anyone else," says Osborne. "She is an Academy Award®-winning actress with parents who both were also Oscar winners (Judy Garland in 1939 and Vincente Minnelli in 1958). Her playground was soundstages, where she watched her parents and other film icons work, so she has insights into their world, which became her world. Her story is at once fascinating, dramatic and touching and has never been extensively told before. We're very excited to be able to devote two nights to celebrating the lives and work of this extraordinary family." At the TCM website, Osborne focuses on the special in the December video edition of Now Playing.

Here's the TCM schedule for the two evenings celebrating this iconic family (all times Pacific).

9:45PM The Pirate (1948)—An actor poses as a notorious pirate to court a romantic Caribbean girl. Dir.: Vincente Minnelli. 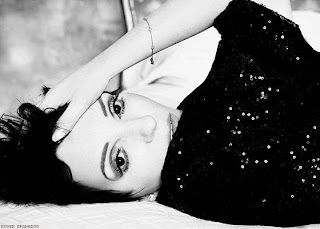 12:30AM An American In Paris (1951)—An American artist finds love in Paris but almost loses it to conflicting loyalties. Dir.: Vincente Minnelli.

2:30AM Gigi (1958)—A Parisian girl is raised to be a kept woman but dreams of love and marriage. Dir.: Vincente Minnelli.

8:15PM A Matter of Time (1976)—An eccentric countess teaches a hotel chambermaid to follow her dreams. Dir.: Vincente Minnelli.

10:00PM Stepping Out (1991)—A Broadway burnout finds a tap-dancing class into a life-changing experience for all involved. Dir.: Lewis Gilbert.

3:00AM The Bad and the Beautiful (1953)—An unscrupulous movie producer uses everyone around him in his climb to the top. Dir.: Vincente Minnelli.

5:00AM Home From the Hill (1960)—A Southern landowner's family is torn apart by the revelation that he has an illegitimate son. Dir.: Vincente Minnelli. 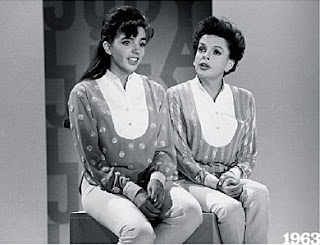 In defense of Michael Joseph Gross's Advocate interview, I guess someone had to pursue a line of questioning that has lingered at the back of people's minds for decades—namely, why Liza and her mother Judy Garland both married gay men? Whether Liza's grandfather Frank Gumm (Judy's father) and her father Vincente Minnelli were gay? And whether she knew her first husband Peter Allen was gay?—if only to clear an air polluted with prurience. And I appreciate that after a somewhat prickly interview of diminishing returns, Gross approached composer John Kander to query why Liza would be less than forthcoming about such subjects. Kander reminded Gross: "Every performer, if she's good, will make you in the audience feel as if you know her. And the fact is, all you know is performance.... To a lot of people, Liza is a symbol. What she is to me, besides being somebody I love, is an immense talent. What other people choose to make of her—what the audience sees is what the audience needs to see. And what she really is and what all great performers are is a combination of supreme talent, discipline, hard work, self-criticism, all sorts of prosaic things that the people who watch her don't like to deal with because it's too boring." 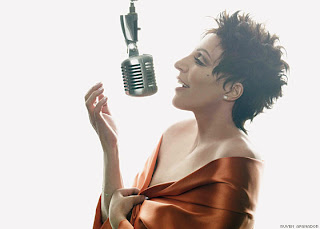 Addressing his predominantly gay readership, Gross concludes: "So if Liza's never really thought about you, don't take it personally. Her job isn't to think about you. Her job is to make a self for you to think about. In fact, if she spent her time thinking about you, there would be no her for you to know. Instead of wondering what Liza thinks about her gay audience, wonder, How did she make that self—and how, in spite of everything, has she kept it?"

Dear lord -- I may have to sign up for cable tv just for these nights. What a lineup!