A trashy French vampire comedy, a documentary about Big Lebowski fans and a tribute to Japanese pinku soft-core porn—these treats and others await you at the 11th edition of the San Francisco Independent Film Festival—better known as SF IndieFest. Spread out over 19 days (Feb. 5–22) and eight venues, this year's bash boasts a roster of 38 feature films, eight shorts programs and six cool parties. I've had the chance to preview a handful of screeners and here are my impressions. 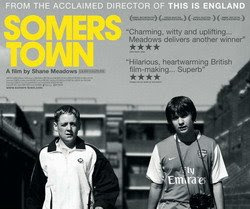 The festival's opening night kicks off with Somers Town, director Shane Meadows' follow-up to the hugely successful This is England. Originally conceived as a 20-minute short to promote the Eurostar train, the final product has the unhappy feel of a sketch stretched out to 70 long minutes. The story follows an unlikely friendship between two teenage boys in a distressed section of northern London. One is a hardscrabble, but sensitive Midlands runaway (played by This is England's Thomas Turgoose) and the other a Polish émigré who's into photography and lives with his Dad. The former becomes a clandestine boarder in the latter's apartment, and their days are spent making mischief and falling for the same French waitress. Although spirited and good natured, the film's bittersweet-ness tends toward preciousness, and too many of the plot turns and dialogues feel strained. What I did like: the crisp B&W monochrome HD cinematography, some charismatic supporting characters and the fully realized relationship between the Polish boy and his preoccupied father. This is a minor stepping stone on the road to Meadow's undoubtedly next great film. Leslie Felperin in Variety, Alison Willmore at IFC and others, however, found it to be absolutely terrific on its own. 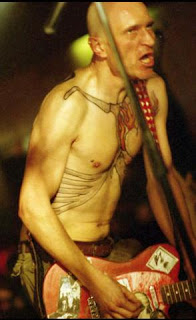 My heart leapt when I saw that Koen Mortier's Ex-Drummer was in this year's IndieFest. Reportedly, the film spawned audience outrage as it traveled the 2007 festival circuit, and I'm always curious to see what offends people's sensibilities these days (seeing as how Gaspar Noe hasn't made a feature in six years). The film's protagonist is a famous writer who happily "descends into the depths of stupidity and ugliness" by joining a rock band comprised of the "handicapped." The lead singer is a lisping skinhead rapist, the lead guitarist a deaf junkie, and the bass player is gay and has one arm he can't bend. The name of the band? The Feminists. Their preparation for a rock festival is Mortier's launching pad for all manner of Belgian-style misanthropy. This includes rape, vomiting, hideous wallpaper, a cocaine OD-ing toddler, hardcore MFF group sex, mother-humping, rants about the notion of collective sorrow, mass slaughter and an 18-inch penis—which is, of course, attached to the ugliest guy in the movie. It's a flick I would have considered pretty "rad" when I was half the age I am now. But these days I can only shrug and sigh, "Kids … what exactly is your point?" On the plus side, Ex-Drummer has an undeniable gnarly energy. It also exhibits some great visual flair, as might be expected from a director who formerly made music videos and TV commercials. I've also read that if you speak Flemish, the colloquial-laced dialogue is quite hilarious. 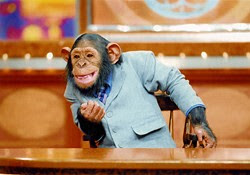 Super Happy Fun Monkey Bash! is a nifty 90-minute compilation of Japanese TV weirdness that's assembled each year by the folks at Austin's famed Alamo Drafthouse Cinema. (IndieFest will be screening the 2008 edition.) As anyone who trolls for this stuff on YouTube can tell you, it would take 90 hours to scratch the surface of what's actually out there. Presented with absolutely no commentary or context, I found the SHFMB program fairly representative and containing more hits than misses. Half the program consists of innocuous nonsense, like people in bizarre costumes, chimpanzee-hosted talk shows, and A-list American actors shilling for Japanese products. Then there are the TV shows which reveal Japan as a nation of sado-masochistic game show spectators and participants. Genitorture is all in good fun on programs like Championship Ass Catch Battle, in which contestants furiously shake champagne bottles and aim the corks at their opponent's nether regions. There's also Food Russian Roulette, where six businessmen each drink a glass of "tomato juice" and the guy who gets the glass of Tabasco has to pretend he isn't self-immolating. SHFMB ends with several segments of No Reaction Drama. This involves actors doing a dramatic scene while pretending not to notice the metal pots and wash basins being dropped on their heads. I kid you not. 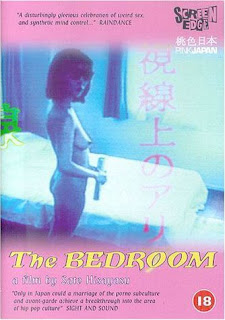 Although I didn't get to preview any of them, I should mention this year's homage to Japan's pinku genre, I am Curious (Pink): The Second Wave of Japanese Sex Cinema / 1986 – present. Apparently, these wildly imaginative, low-budge soft core porn films have served as springboards for several internationally known Japanese directors—most notably Kiyoshi Kurosawa, Takashi Isii and Ryuichi Hiroki. Pinku has a cult following all its own, and SF IndieFest is presenting two double bills on successive Saturdays. New Tokyo Decadence: Slave and S+M Hunter screen on February 7 and The Bedroom and Sexy Battle Girls appear on Valentine's Day. For the uninitiated, Wikipedia has a terrific entry on pinku. 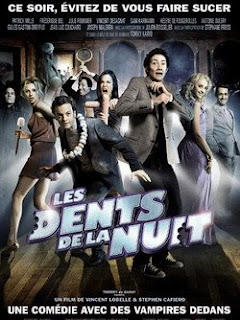 Of the films I previewed, the biggest surprise (as in, I was "surprised" I didn't hate it) was the French vampire spoof, The Teeth of the Night (a.k.a Vampire Party). It's stupid and fun and reasonably clever, and it's something I can almost guarantee you won't see outside this festival. Three best friends are whisked by helicopter to a très exclusive shindig at a mountaintop castle. What first appears to be the height of Euro-chic-ness is actually a trap set by a mob of hungry, horny bloodsuckers disguised as fellow party-goers. They've assembled to celebrate Catherine de Medici's slaughter of Protestants by vampires and are soon unleashing gore galore. Our three friends, along with a coterie of distinctively comic supporting characters, all attempt to flee the castle. This is the hook upon which countless sight gags are hung, including fresh twists on all the usual tropes of vampire movies (garlic, holy water, wooden stakes, Latin incantations, etc.). Mindless entertainment rarely gets better than this. FYI the poster tagline translates as, "Avoid getting sucked tonight." 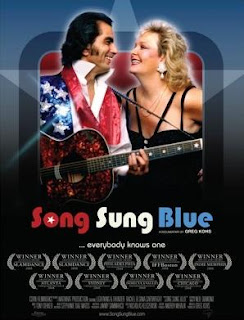 I've saved the best for last, and that's Greg Kohs' Song Sung Blue. Winner of audience and jury prizes at last year's Slamdance Film Festival, this perversely inspirational documentary chronicles the 20-year saga of Thunder and Lightening, a Milwaukee husband and wife Neil Diamond tribute act. It's one of those bizarre stories that could only come from true life, and dare I say, only from the U.S. of A. The tale begins when Diamond impersonator Mike Sardina meets Claire Cartwright, a singing welfare mom with two kids. They fall in love and form an act together. Thunder and Lightning become the darlings of the night club/state fair/wedding circuit, and they experience a career high when Pearl Jam's Eddie Vedder joins them onstage for a rendition of Diamond's "Forever in Blue Jeans". It's a fairytale existence and you hold your breath waiting for it all to come crashing down—which it does.

While gardening in her front yard one day, Claire is run over by an out of control, senior-citizen driven car, and has her leg partially amputated. Their dwindling gigs become maudlin affairs, and over the course of several despondent years, they gain weight, declare bankruptcy and become increasingly delusional about a potential comeback. Director Kohs was there to film it all and this period occupies a huge mid-section of the documentary. Seemingly oblivious to the presence of a camera, the family has a cringe-worthy, Jerry Springer-esque brawl one Xmas morning. Teenage daughter Rachel gets pregnant and Kohs' camera is there to record the birth. It becomes almost unbearable to watch, and I found myself eyeing the eject button on my DVD remote.

Then, just when it seems certain there will indeed be no third act, Thunder and Lightening get it together. They lose weight (albeit the old-fashioned American way, by taking up chain-smoking) and are soon performing gigs at the Asian Moon Sports Bar in exchange for free buffet food. Bigger and better engagements start turning up and then tragedy strikes again. This final blow adds a whole other layer of poignancy to Kohs' brave and remarkable film, a project which occupied eight years of his life. It may seem like I've laid out Thunder and Lightning's entire story here, but believe me; you haven't heard the half of it. Song Sung Blue does not have a U.S. distributor, so once again, this is something you can only see at SF IndieFest.

Chimpanzees and Pink movies? I wish I was there.

It'd be even more interesting if the chimpanzees were in the pink movies! That would be something to write home to mother about.

I hope you like Ex-Drummer better than I did!

With the exception of some stylistic touches, no, I didn't like EX-DRUMMER.

Now, if there had been some chimpanzees in Ex-Drummer, that would have made it interesting enough to write home to mother about.

I don't think the addition of chimpanzees to "S&M Hunter" could possibly have made it any stranger...I wrote a bit about it and "New Tokyo Decadence" and have to say that they are both quite unique.

That vampire flick sounds like a possibility for a our local After Dark film festival (now occurring in August in stead of late October).