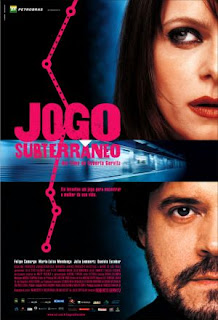 Graham Leggat, Executive Director for San Francisco's 49th International Film Festival, and his programming team came under fire at the press conference late last month when the festival's program lineup was announced. Critics claimed female directors and African films were underrepresented. I had to agree; but, couldn't complain about the festival's Latin American and Spanish line-up, which boasts eleven entries this year, three of whom are vying for the 10th annual SKYY Prize of $10,000 (honoring emerging talent in feature debuts)!! Latin American/Spanish films remain my fave rave!

"Urban landscapes are explored in Alicia Scherson's lively Play (Chile) and in Roberto Gervitz's Underground Game (Brazil). In Play, a SKYY Prize contender punctuated by a powerful soundtrack, a woman from the country and an upscale urbanite cross paths as each looks for love in Santiago. In Underground Game, Roberto Gervitz turns the subways of Sao Paulo into a playground for finding love as a piano player spends his days constructing a specific route on the subway, hoping to find a woman who follows the same route. [Both directors Scherson and Gervitz are expected to attend the festival, as well as Underground Game's composer, Luiz Henrique Xavier.] 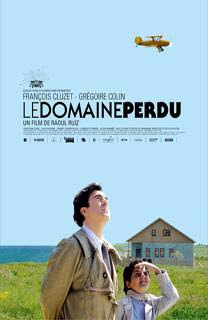 "Two South American expatriate directors residing in France (Raoul Ruiz, born in Chile and Juan Solanas, born in Argentina) weave tales that involve crossing the Atlantic. The Lost Domain (Ruiz, France) tells the story of various meetings between a French aviator and a young Chilean, whose lives intersect despite their opposing natures through a shared love of flying. In the SKYY Prize contender Northeast (Solanas, Argentina), a French woman's attempts to adopt a child in Buenos Aires go awry, so she travels to the northeastern region of Argentina and meets a pregnant woman who may be able to solve her problem. [The Lost Domain and Northeast are both West Coast premieres and Northeast's director Juan Solanas will be attending the festival.] 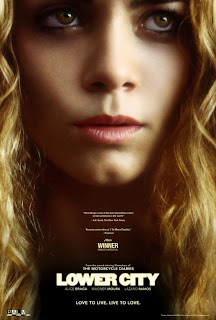 "Three sultry Latin American films explore passion and relationships. In Delicate Crime (Beto Brant, Brazil) a theater critic falls for a one-legged beauty who is also involved with the painter for whom she models. The critic's jealousy and intense feelings lead to an encounter which the woman claims is rape and the man says is an act of passion. [Delicate Crime is a U.S. premiere.] In Bed (Matías Bize, Chile) shows two young Chileans who spend the night together in a hotel room, as they contemplate life, love and sex. [In Bed is a West Coast premiere and director Bize will be in attendance.] And Sérgio Machado tells a story of two best friends who fall for the same beautiful young hooker in Lower City (Brazil). [Machado will be attending the festival, as well as his leading actress Alicia Braga.] 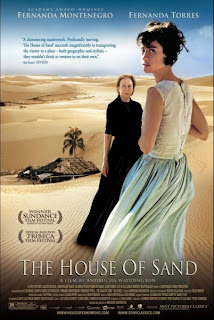 "Characters struggle and hope for better lives in three Latin American films. In the beautifully shot The House of Sand (Andrucha Waddington, Brazil), three generations of women struggle amid the inhospitable sand dunes of northern Brazil. [The House of Sand is a West Coast premiere and director Waddington will be attending the festival.] Ricardo Benet's News from Afar (Mexico), a moving and surreal SKYY Prize contender, is about a teenager living in the Mexican highlands who decides to seek a better life (and his biological father) in Mexico City. [Director Benet will be in attendance. The film is being co-sponsored by The Mexican Museum.] And in the passionate documentary The Dignity of the Nobodies (Argentina), director Fernando E. Solanas investigates Argentina's economic collapse and follows the efforts of various citizens to fight back and create a habitable living situation for themselves and their country people. [The Dignity of the Nobodies is a U.S. premiere and Solanas will be in attendance.] 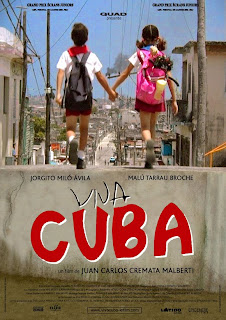 "Rounding out SFIFF's selection of Latin American films is Viva Cuba (Juan Carlos Cremata, Cuba), a delightful film featured in the Spotlight: Family Films section of the program. In the film, two best friends (a young boy and girl) are faced with separation when it is revealed that the girl's mother is seeking to leave Cuba. When they find out, they run away in search of her father so they can persuade him not to sign the documents that would permit emigration."

Along with the festival's specific Latino showcase, there will also be the West Coast premiere of Sólo Dios Sabe (Carlos Bolado, Mexico/Brazil), co-sponsored by The Mexican Museum. "Road movie, passionate romance and spiritual quest—a lost passport sparks a voyage of discovery for a Brazilian student and a Mexican journalist. Their journey takes them on an exploration of mystical religion and destiny and a final leap of faith." Bolado will be attending the festival and—as mentioned before for Lower City—actress Alicia Braga will also be here. Must be sweet to be the actress of two Latin American films in the festival! 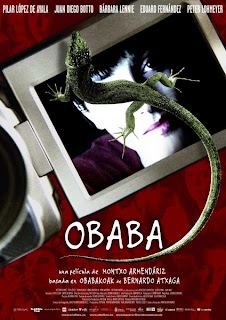 Spain's official Oscar candidate Obaba (Montxo Armendáriz, Spain/Germany), set in a mythical region in the Basque country, creates a beautifully enigmatic world, which fascinates and puzzles a young teacher who has arrived there with her video camera on a class assignment. Armendáriz will be attending the festival. 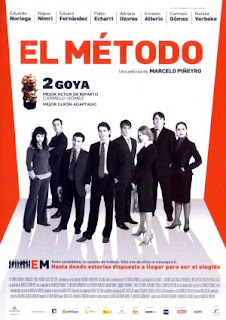 The Grönholm Method (Marcelo Piñeyro, Spain/Argentina) is about a large multinational corporation in Madrid where seven job applicants are thrown together in a room in a suspenseful dog-eat-dog competition, Survivor style, for a high position in the company. Director Piñeyro will be attending this West Coast premiere.

And finally, the documentary Favela Rising (Jeff Zimbalist / Matt Mochary, Brazil/U.S.A.) takes the filmgoer into one of the toughest barrios in Brazil where a drug trafficker turned social revolutionary musician leads his community into an art-inspired war against the drug trafficking army holding them captive. An inspiring story of redemption and survival within a battleground of drugs and violence. To be screened with the short, Phoenix Dance. Documentarian Zimbalist will be in attendance.

So there you have it! Only Lower City and The House of Sand have hold reviews so you can anticipate The Evening Class reviews on all of the others and as many interviews as my broken Spanish can muster!!
Posted by Michael Guillen at 4/05/2006 11:30:00 PM

How many of these have you seen so far, Michael? Besides Play, I've also seen Underground Game and The Gronholm Method. Obaba may have potential. And I love the handful of Ruiz films I've seen, but given the fact that he has made over a hundred movies, I've only scratched the surface.

Hey Doug, thanks for stopping by.

I've seen "In Bed" at a press screening and "Play" and "Underground Game" on screener tape. This week I'll be seeing "Favela Rising", "Play" (on your recommendation to watch it on the big screen), "Viva Cuba", "Iberia" and "The Dignity of the Nobodies" at press screening so I'll be able to catch up to the list a bit.

As ever, my thanks to Dave Hudson and the Greencine Daily for picking up this entry!

Doug, any thoughts you wish to share on "The Gronholm Method"? My filmbuddy Michael Hawley saw "Obaba" and commented on it quite favorably. Believe it or not, I'm not that familiar with Ruiz so look forward to seeing this first, with only ninety-nine more to go!!

I enjoyed The Gronholm Method more than I expected, especially since I saw it accidentally because the theatre did a last-minute switcheroo and wasn't able to show the film it had advertised. It could have been a simplistic, one-joke film, but it manages some complexity and has good performances. I liked its basically one-room set-up, which is both "open to the world" and chockingly insular.

It wasn't a favorite, but it's notable. I much preferred Pin Boy (Parapalos) and The Wind from Argentina last year.