Evening Class contributor Michael Hawley began blogging about the San Francisco International Film Festival on its 50th anniversary in 2006. A decade-plus later it has become something of a tradition that on the eve of the festival's opening press conference, Michael recaps the announcements to date. The Evening Class is grateful for his enthused anticipation.

In addition to taking place a fortnight earlier than usual, this year's festival begins and ends on a Wednesday rather than a Thursday. Another change finds 2017's Closing Night festivities occurring 72 hours before the festival's official end date. On Sunday, April 16 at the Castro Theatre, SFFF60 therefore "concludes" with The Green Fog—A San Francisco Fantasia with Kronos Quartet. For this special collaborative event, Kronos will perform a Jacob Garchik score to a re-imagining of Alfred Hitchcock's Vertigo (1958), as constructed by iconoclast Canadian filmmaker Guy Maddin and his The Forbidden Room (2015) co-directors Evan Johnson and Galen Johnson. Without using a single frame of Hitchcock's original, Maddin's "parallel-universe version" will employ "Bay Area-based footage from a variety of sources—studio classics, '50s noir, documentary, experimental films, and '70s prime-time TV." With a live Foley element added to the mix, this promises to be a major highlight of SFFF60. as well as one of the festival's most inspired finales.

SFFF60 will honor actor-writer-filmmaker Ethan Hawke with a special tribute on Saturday, April 8 at the Yerba Buena Center for the Arts. Following an on-stage conversation, there will be a screening of Aisling Walsh's Maudie, which co-stars Sally Hawkins as renowned Canadian folk artist Maud Lewis. It's unclear at this point whether this tribute supplements or supplants the festival's annual Peter J. Owens Award for Acting, which was presented last year to Ellen Burstyn [The Evening Class transcript is here]. For those unable to attend this event, Maudie is scheduled to open at Landmark's Embarcadero Cinema on June 23. 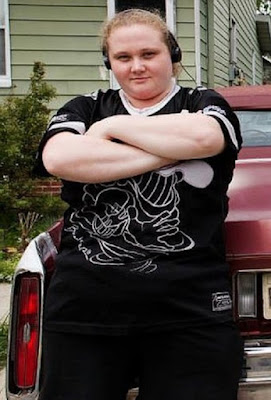 SFIFF is usually the Bay Area's first chance to catch the big hits from Sundance. This year's Centerpiece event spotlights Patti Cake$, Geremy Jasper's ultra-rave-reviewed debut feature which shockingly failed to win a single Sundance prize. The film revolves around a plus-sized, white lower middle class, aspiring teen rapper from New Jersey who enlists the help of her South Asian best friend and an African American lone-rocker musician to achieve her dreams. Think Welcome to the Dollhouse meets Precious meets 8-Mile? Variety critic Peter Debruge called Patti Cake$ "the kind of movie where the energy builds to such levels that a packed-house audience can hardly resist bursting into applause." To that end, SFFF60 wisely places 2017's Centerpiece film at the enormous Castro Theatre on Wednesday, April 12. 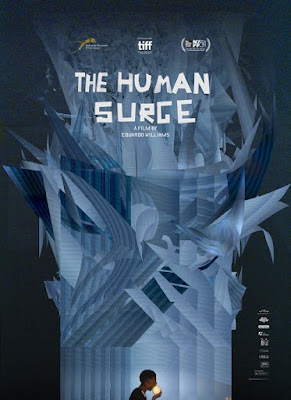 As has been the case for several years now, the festival pre-announced the films competing for the Golden Gate Awards' New Directors Prize and Documentary Feature Prize. Among the ten narrative feature contenders, there are three I'm particularly excited about. In Ralitza Petrova's Godless, a morphine-addicted Bulgarian nurse steals senior citizens' ID cards and sells them on the black market. According to Variety's Jay Weissberg, the film "goes to great lengths to rub the viewer's face in the joylessness of life in a post-Communist world." Sounds like a "festival" flick if ever there was one! The jury at last summer's Locarno Film Festival saw fit to award Godless its top prize (the Golden Leopard) as well as its Best Actress accolade to lead player Irena Ivanova. Another film laying claim to a pair of Locarno prizes was Eduardo Williams' The Human Surge. Shot in Buenos Aires, Mozambique and the Philippines, this "adventurously formalist" debut loosely concerns three young men and their relationship to technology.

The third New Director's Prize nominee I'm anticipating is Francis Lee's God's Own Country, which won Sundance's Directing Award in the World Cinema Dramatic Competition. Set amidst the Yorkshire moors, this romance between a hard-drinking young sheep farmer and an itinerant Romanian migrant worker has drawn comparisons to Brokeback Mountain. The remaining competition entries hail from Iran (Duet), Mexico (Everything Else), Lebanon (Heaven Sent), USA (The House of Tomorrow), China (Life After Life), Greece (Park) and Niger (The Wedding Ring).

Over in the Golden Gate Award (GGA) documentary feature competition, only one film has surfaced on my radar and that's Peter Nicks' The Force. Nicks' previous work was The Waiting Room, a beautifully empathetic portrait of Oakland's Highland Hospital which the fest screened to great acclaim in 2012. The Force marks the second part of a trilogy on the relationship between public institutions and the communities they serve, with this new film setting its gaze upon Oakland's police department. For his work on The Force, Nicks won the Best Director prize in the U.S. Documentary competition at Sundance. Other SFFF60 films competing for the GGA Doc Award span a range of interests from Mexico's National Pyrotechnic Festival (Brimstone & Glory) to falconry in Qatar (The Challenge) to India's movie caravans (The Cinema Travellers). 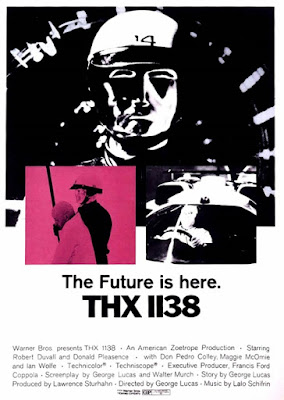 Four ambitious programs have thus far been announced as part of the festival's Live & Onstage sidebar. For starters, the UK band Asian Dub Foundation will perform a Live Score of George Lucas' THX:1138 at the Castro Theatre on April 11. Then two nights later on April 13, the Denver-based music/vocal ensemble DeVotchKa will accompany Dziga Vertov's 1929 silent masterpiece The Man With a Movie Camera at the Castro. DeVotchKa is possibly best known for their film score to Little Miss Sunshine (2006), and it will be interesting to see how their Movie Camera score compares to that of the Alloy Orchestra, which was performed most recently at the 2010 SF Silent Film Festival.

Two additional Live & Onstage presentations have connections to Marin's Headlands Center for the Arts, whose current Director of Programs, Sean Uyehara, served as SFIFF's chief Live & Onstage programmer for a number of years. On April 10 at the Castro, Parallel Spaces: Bonnie Prince Billy and Bitchin Bajas with Jerome Hiler will find actor/musician (and 2008 Headlands Artist in Residence) Will Oldham performing alongside three works by Bay Area experimental filmmaker Jerome Hiler. Headlands' 2014 Artist in Residence, artist and filmmaker Terence Nance, will present the interactive live program 18 Black Girls Aged 1-18 Who Have Arrived at the Singularity and Are Thus Spiritual Machines at the Victoria Theatre on April 16, with a separate program focused on 18 Black Boys taking place the following evening.