Autumn doesn't officially begin until next Tuesday. The Bay Area's succession of fall film festivals, however, unofficially launches this Saturday, September 20, with Silent Autumn, a one-day celebration produced by the San Francisco Silent Film Festival (SFSFF). The day's five programs include a trio of Laurel and Hardy shorts, a recreation of a "Night at the Cinema in 1914," Rudolph Valentino's swan song The Son of the Sheik, Buster Keaton's The General and the original creep classic, The Cabinet of Dr. Caligari. While the familiarity of these titles lend the event a "greatest hits" vibe, it's worth noting that with the exception of one Laurel and Hardy short, everything at Silent Autumn will be screening at the 19-year-old festival for the very first time. All of this good fun takes place, of course, at San Francisco's historic 1922 movie palace The Castro Theatre, with live musical accompaniment for each program. I'm especially excited that the singularly fabulous Alloy Orchestra will be on hand to play for two programs, marking their first SFSFF appearance in over two years.

Here's a glance at what the SFSFF has in store for us on Saturday. 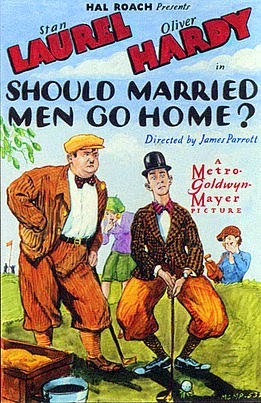 11:00 AM; Another Fine Mess: Silent Laurel and Hardy Shorts (USA, 1928–29)—I find few things more life-affirming these days than a Castro Theatre full of 21st-century children howling at the antics of classic silent comedy. Silent Autumn's tribute to the greatest comedy duo of all time begins with Should Married Men Go Home?, a lesser known film that was the first Hal Roach-produced comedy to bill L&H as a team. That will be followed by Two Tars, in which a pair of sailors encounter a traffic jam that inspires some cataclysmic Roaring Twenties road rage. Finally in Big Business, which SFSFF last screened in 2010 as part of the program The Big Business of Short, Funny Films 1918-1929, the duo star as door-to-door Xmas tree salesmen who inflict tit-for-tat mayhem upon a recalcitrant customer. All three will be screened in 35mm and Donald Sosin will accompany the madness. 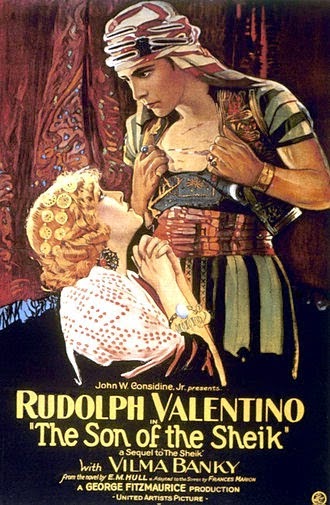 1:00 PM; The Son of the Sheik (USA, 1926, dir. George Fitzmaurice)—After appearing in a string a box office disappointments, Rudolph Valentino was talked into doing a sequel to 1921's The Sheik, in which he'd reprise his role as Ahmed Ben Hassan and play the character's son as well. The film caused a sensation at its Hollywood premiere, but the actor fell ill during the pre-release publicity tour and he died on August 23, 1926. The Son of the Sheik arrived in cinemas two weeks later and went on to become one of the actor's greatest successes—some consider it the quintessential Valentino film. This screening will be a new restoration by Ken Winokur and Jane Gillooly of Box 5, and Winokur's Alloy Orchestra will world-premiere their newly composed score. The program will be introduced by Donna Hill, author of Rudolph Valentino: The Silent Idol. Out of the 100 plus silent films seen in my lifetime, I've managed to miss every opportunity to experience Valentino, both on the big screen and small (including this year's SFSFF opening nighter The Four Horsemen of the Apocalypse). So this is the Silent Autumn program I'm anticipating most. 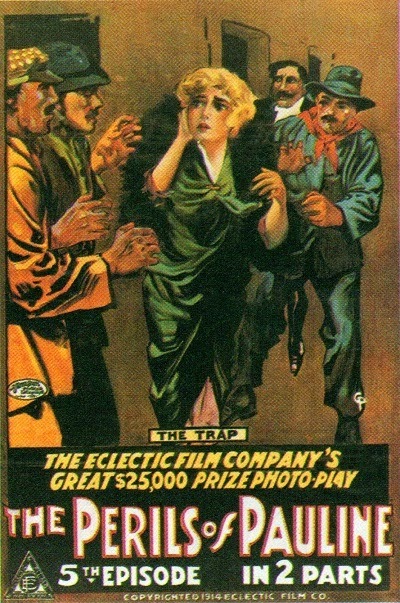 3:30 PM; A Night at the Cinema in 1914 (US/UK, 1914)—In this unique program curated by the British Film Institute, we'll get the opportunity to experience what it might have been like to go to the movies in the UK an entire century ago. Feature length films were a rarity at the time, so the program is comprised entirely of shorts—14 of them—comedies, newsreels, travelogues and even animation. Selections include everything from a chapter of the popular serial The Perils of Pauline, a newsreel about suffragettes demonstrating at Buckingham Palace, a comedy featuring a "face-pulling" competition, a profile of the Austro-Hungarian royal family (this being 1914 Britain, at least half the films are WWI-related), and finally, Charles Chaplin's A Film Johnnie, Charlie's sixth film ever (and one of 36 he made in 1914, his inaugural year as a motion picture artist). Donald Sosin will provide the musical accompaniment. 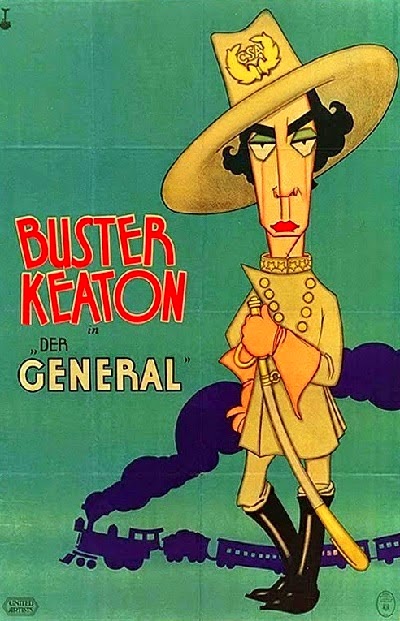 7:00 PM; The General (USA, 1926, dir. Clyde Bruckman & Buster Keaton)—Although it wasn't well received by audiences and critics at the time, this Civil War-set comedy / adventure would come to be considered one of the greatest achievements of the Silent Film Era. It placed at #35 on BFI's most recent list of The 50 Greatest Films of All Time, and it was amongst the initial group of films first inducted into the Library of Congress' National Film Registry (along with classics like Gone With the Wind, The Wizard of Oz, Sunset Boulevard, Casablanca and Snow White and the Seven Dwarves). Keaton himself is said to have considered it his best work. Sure, you've seen The General before, perhaps multiple times, but does it ever fail to deliver the goods? Besides, this screening will be in glorious 35mm and The Alloy Orchestra will accompany with their now-classic score. Come get it while you can. 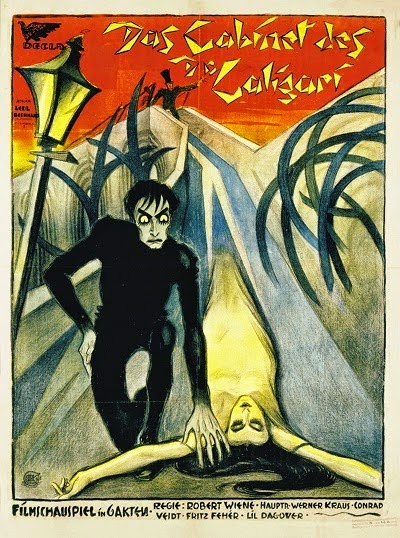 9:00 PM; The Cabinet of Dr. Caligari (Germany, 1920, dir. Robert Wiene)—This eerie masterpiece of German expressionism about a carnival hypnotist and his murderous, clairvoyant somnambulist has been called "the first true horror film" by no less than Roger Ebert. The film has also been credited with introducing the "twist ending" to cinema, and was an early example of a frame story being used to introduce a flashback narrative. I've seen it several times on the small screen and I've even strolled amongst its distorted, hyper-angular sets which used to grace the old Cinémathèque Française in Paris. I have never watched it on a big screen, however, so it's fortuitous I've waited for this new 4K digital restoration from the original camera negative, which premiered at this year's Berlin Film Festival. Silent Autumn will be its U.S. premiere. Donald Sosin accompanies.