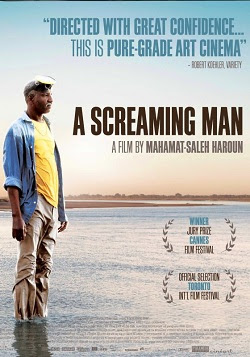 If you're not aware of Pacific Film Archive's African Film Festival, you've missed some of this year's offerings already. The annual selections, occurring around the time Black History Month kicks in, are always fascinating, varied and sometimes astonishingly moving. Regrettably, I missed a second viewing of an example of the latter, the strongest dramatic entry of this year's festival: A Screaming Man (2010), by the Chadian director Mahamat-Saleh Haroun (Daratt; Abouna). Adam, a former swimming champion who sucks in his gut in the mirror, clings to his job as a pool attendant at a resort hotel about to be privatized (by a Chinese owner). When "Champ" loses his job to his adult son Abdel and is himself demoted to gatekeeper with a too-small uniform, an aging man's vanity and resentment begin to rumble like the approaching sounds of the long-running civil war. That larger struggle takes over their lives when Abdel is conscripted into the army, curfew is called in town and Abdel's pregnant girlfriend arrives at the older man's door. Haroun's film is a deeply felt, melancholy meditation on Chad's civil war that rivals Issa Serge Coelo's Daresalam (2000) from a previous African Film Festival. 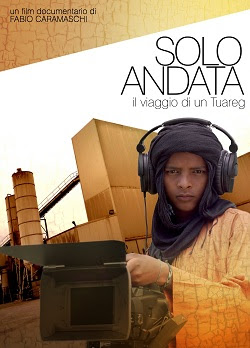 One Way, a Tuareg Journey (2010) is ostensibly a documentary by an African immigrant boy aided by Italian filmmaker Fabio Caramaschi. The preteen boy is Sidi, a Tuareg from the Saharan country of Niger. The Tuareg are a nomadic desert people whose camel- and goatherding lifestyle can't be more different from life in the northern Italian town of Pordenone, where Sidi's factory-worker father has brought most of his family except for their six-year-old son Alkassoum. Sidi tells the camera, "I dream about him almost every Monday." When behind the camera, he interviews his father asking why his little brother was left behind and goes out in public interrogating the greengrocer and other Italians about immigrants. Either this child has been well-coached or he's incredibly bright: He says he'd like to be a journalist because, "When I'm behind the camera, everyone respects me," and notes that the camera can change the way a person behaves—this last insight borne out in the carefully diplomatic words of his Italian interviewees. At length little brother Alkassoum arrives in Italy, and Sidi shows him the ropes. The cross-cutting between Alka's days in the desert encampment and his new life in Italy forces the viewer to consider what exactly makes for a "better life."One Way is preceded by the 14-minute-long live-action film Lezare (For Today), directed by Ethiopian filmmaker Zelalem Woldemariam Ezare (The 11th Hour) and based on a fable about short-term hunger threatening long-term sustainability. 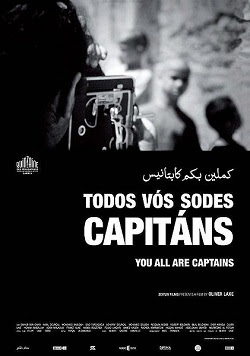 One Way is a much more polished and disciplined counterpart to the Spanish-Moroccan You All Are Captains (2010), in which Spanish filmmaker Oliver Laxe apparently tries to get a bunch of unruly Tangier schoolboys to make a film about "burned" (illegal) immigrants. Translators, other teachers and the hustler on the street are no help: the kids rebel against discipline and procedure and can't agree on what the finished product should be. Finally they're sent off to the country without Laxe and evidently devise their own filmmaking ethos, but by the end a finished film seems completely beside the point. Fun and camaraderie are the important things, and the film's casual black-and-white shooting style brings back the long sunny days and beckoning distances of questing youth. The praise lavished on this film is highly exaggerated ("sublime," "immense artistic reach")—it's a minor childhood romp, a season in the sun before the kids' real encounters with money, crime and the tourist economy turn them into men. 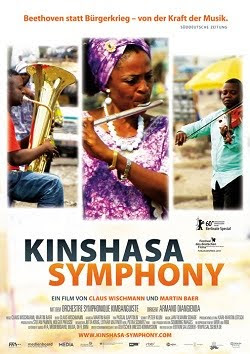 The African country getting the most series attention this year is the Democratic Republic of Congo. An inspirational music documentary, an epic historical documentary and a hiphop-fueled crime saga all turn their genre lenses on this turbulent country. German filmmakers Claus Wischmann and Martin Baer's Kinshasa Symphony (2010) is about classical musicians and singers of the Orchestre Symphonique Kimbanguiste, preparing for an open-air concert celebrating the Congo's independence. Without much money or a classical-music support network, they encounter problems other symphonies don't: frequent power outages, choking billows of smoke, finding the right wood to make a double bass from scratch and hitting a bell in D with the wheel rim of a minibus. On concert day, the entire neighborhood puts on a show that transforms Beethoven's Ninth into an enthralling expression of the Kimbanguistes' own religious fervor and joy in their freedom from colonial rule. 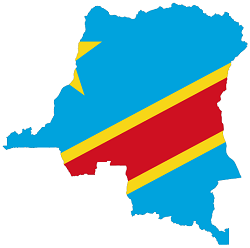 The Belgian TV production Kongo: 50 Years of Independence of Congo (2010) is a rare and engaging look at another country's chronicle of colonialism. The first episode of three (total running time two hours and 36 minutes) wastes no time stating that the earliest white men's plans for Congo were for mining. The first European visit to Congo, by the Portuguese Duarte Lopes in 1579, was in search of slaves to work another broad land mass (America) recently "discovered" by Christopher Columbus. This dream coincided with that of Pope Sixtus V, who envisioned a new Christian empire in Black Africa to beat back the Islamic threat. 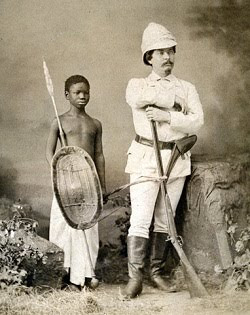 Meanwhile the Congolese themselves took the whites for mindeles, or ghosts of their ancestors who lived at the bottom of the sea and returned to the land with pale skin. Lopes encountered a highly organized regime of provincial governors controlled by a centralized, dynastic king. But the first white settlement in Africa shook this regime by the foundations. Between the 16th and 19th centuries a mind-boggling eight million slaves were sent to Brazil and the English, French, Dutch and Danish Caribbean and another two million to Spanish-controlled countries—five of those million from the mouth of the Congo River. Then a new chapter of Congolese history began when the 19th century yielded a new kind of European visitor: the explorer. Allied with the Catholic "White Fathers" and the young Belgian King Leopold II, these parties exploited the Congolese under the cover of the anti-slavery cause, cloaking Leopold's towering colonial ambitions under a philanthropic abolitionist banner. The king's 1878 commissioning of celebrity explorer Henry Morton Stanley to travel the interior was designed to secure commercial posts ahead of other European powers. 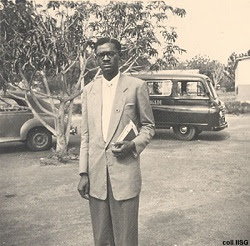 The cruelty and brutality of the rubber plantations, and the punishment inflicted for rebellion, is portrayed relentlessly. It's refreshing that there are no Ken Burns-style modern talking heads, but there are voiceover narrations of letters and journals, and I presume imagined monologues, by selected influential players. The stiff, eccentric and sometimes beautiful animation helps the early history come alive. But the overall impression, without a strong Congolese historical point of view, is that the natives were easy pickings and tragically destined to be victimized well into the 21st century—an impression that is visually strengthened by contrasting portraits of well-dressed white men and naked black men with their limbs lopped off in the earlier episodes, then by scenes of civil war and riots as the country struggles for independence in the later episodes. The evolution from the Belgian Congo to the Republic of Congo is a difficult and bloody one, and this series doesn't end with false optimism for a country with a three-century legacy of slavery and annihilation. An imagined monologue by martyred nationalist hero Patrice Lumumba haunts the narration to the end of the series, his spirit living beyond Mobutu and Kabila and other pretenders to his vision. 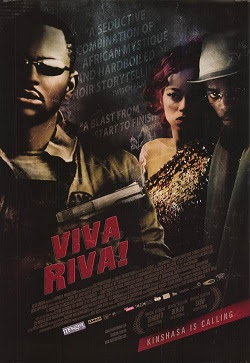 Finally, the film in this series that will appeal to action and crime-saga fans is Congolese director Djo Tunda Wa Munga's Viva Riva! (2010). Newly back-in-town hustler Riva hopes to make a killing on a truckload of precious black-market gasoline eyed by competitors, and he recklessly pursues the glamorous wife of the reigning crime boss. The world is his, so he thinks. The first film made in the Lingala language, Viva Riva! already had a short run in Bay Area Landmark Theatres in June 2011. However it may aspire to Hollywood adrenaline and genre thrills, its vivid Kinshasa locale and preoccupations make it so much more interesting than a routine American rise-and-fall epic. Although the film has been criticized for being full of gangster and prostitute (and perhaps Angolan?) stereotypes, I was impressed with the depiction of one character—a lesbian army commander—whose fate defies stereotypical expectations.
Posted by Michael Guillen at 2/01/2012 10:21:00 AM

I caught Viva Riva! late last year, and I have to say that it was a surprising genre film. I, too, found the character you mentioned to be unlike anything I expected, and not just at the end, but throughout the film as well.

I'm glad it's making some more rounds and getting some notice.

Where did you see it Matt? I thought it made the film so refreshing and unpredictable.