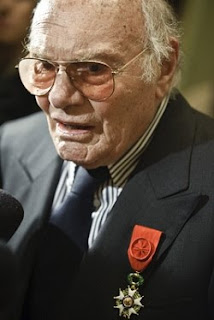 As detailed by Judy Bloch in the introduction to her program notes: "A committed leftist and an equally committed modernist, Francesco Rosi offers a body of films whose political and emotional impact is almost purely visual." To prepare for the welcome return of his work to the Bay Area, I offer a brief online reader. Notes on specific films will be forthcoming as the series progresses. 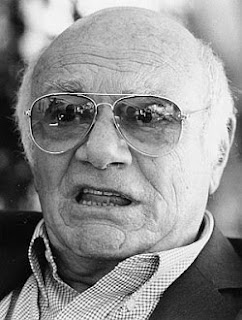 Career overviews can be found, of course, at IMDb and Wikipedia, but Gino Moliterno's Senses of Cinema profile for their Great Directors database is a highly-recommended introduction. Moliterno argues: "[T]here can be no doubt that in a career spanning half a decade Rosi produced some of the most politically-courageous, socially-committed and formally-innovative films in the Italian canon. In an Italy forever divided by political and social conflict and continually shadowed by innumerable unsolved mysteries, Rosi wielded the camera like a moral instrument in an unflinching search for truth." Equally invaluable is Michel Ciment's piece for The Guardian wherein he asserts: "Together with Michelangelo Antonioni, Francesco Rosi is arguably the greatest living Italian director." Additional biographical information can be gleaned from Sandra Brennan's profile for All Movie Guide and Verina Glaessner's profile for the International Dictionary of Films & Filmmakers. Several pages of Carlo Testa's Poet of Civic Courage: The Films of Francesco Rosi (1996)—hailed by Moliterno as "the best book-length study of Rosi's cinema in English"—can likewise be accessed through Amazon. MUBI provides a visually useful filmography with some choice quotes. PFA's own Cinefiles offer scanned documents pertinent to Rosi's films.

With regard to interviews, I could only find a few available on line. Rosi's conversation with Eric J. Lyman for The Hollywood Reporter and the other with Paolo Gerbaudo at his blog are both brief. At The Wild Eye Rosi's Cineaste interview has been replicated; but, unfortunately without citation. I presume the interview is one of two with Gary Crowdus. Gideon Bachmann's interview with Rosi for Film Quarterly is available at JStor, pending subscription. Finally, Marco Spagnoli's interview with Rosi focuses on his film The Truce.

07/08/10 UPDATE: At the San Francisco Bay Guardian, Max Goldberg assesses Rosi's code of engaged filmmaking: "Rosi's films from the 1960s and '70s evince the common roots of aesthetic and ethic, exhibiting what can only be called an ardor for the analysis of social conditions—both their mechanisms and mentalities." Max observes that in Rosi's early features, "he placed additional demands upon the conventions of neorealism. Putting aside the tempting notion that the camera will discover a transcendent truth if only stripped of the artifices of professional actors and sets, Rosi's films are concerned with inventing a public sphere for argument and questioning—this before the age of the Internet and 24-hour news." He concludes: "Watching Rosi's work, we realize that the news lives inside us, whether we like it or not."

I hope you're able to see more of his films than I have so far. I do highly recommend Christ Stopped in Eboli.

Peter, thanks for your recommendation. I am wholly unfamiliar with Rosi, other than for the two films I caught at the press screening: Moment of Truth and The Mattei Affair. I'm hoping to catch most of the rest at PFA and those I'm unable to see, I've queued on Netflix.

It's one of the great mysteries of DVD publishing why Once Upon A War, The Mattei Affair, Lucky Luciano, and Illustrious Corpses haven't been remastered by someone like Criterion or Masters of Cinema.

I don't give a f**k about a fractionally better looking DVD of The Leopard with new extras. Release a few masterpieces that haven't been onn DVD before, you'll probably sell more copies!

Sure...licensing issues...Paramount have the rights... blah blah. When the films are that good, try harder!!

Final Rosi rant - the available English-subbed version of Luciano is ridiculously poor quality. It looks like it was copied off a 3rd generation VHS tape.

Thanks for coming by to comment, Anon; but, why don't you tell us what you really think? Heh. Juss jokin. I appreciate someone committed to Rosi's legacy.

On a positive note the Criterion ed. of "Hands over the City" is nice though :)