SFFILM Festival, which was known for 60 years as the San Francisco International Film Festival, is gearing up to celebrate its 61st edition from April 4 to 17. When the full line-up is revealed at the press conference, SFFILM's programming team will have their work cut out for them. That's because in the dozen years I've blogged about the fest, never has so little been announced in advance. While it might not be easy topping last year's 60th anniversary extravaganza, I'm encouraged by what's been divulged thus far. What follows is a close-up look at what we already know, followed by some just-for-fun speculation and wishful thinking about what the rest of the festival line-up might hold for Bay Area cinephiles.

Out of all the films which premiered at Sundance this year, none aroused more personal anticipatory excitement than Boots Riley's feature filmmaking debut, Sorry to Bother You. Now I'm completely over the moon that it'll be our festival's 2018 Centerpiece, with near-simultaneous screenings happening at both the Castro Theatre and Oakland's Grand Lake Theatre on Thursday, April 12. Oakland-based Riley is best known as one-half of the iconic, revolutionary hip-hop duo The Coup, whose songs include such full-mouth titles as "Me and Jesus the Pimp in a '79 Grenada Last Night," "BabyLet'sHaveABabyBeforeBushDoSomethingCrazy" and "5 Million Ways to Kill a C.E.O." The group gained considerable notoriety for the original cover art of 2001's "Party Music" album, which depicted Riley and Coup co-conspirator DJ Pam the Funkstress (1966–2017 R.I.P.) blowing up the World Trade Center. The cover was created before the events of 9/11 and delayed the album's release by several months. 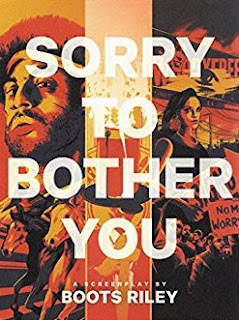 Sorry to Bother You is a scathing socio-politico satire set in the world of telemarketing, with a dystopic, gentrified Oakland as a backdrop. Rolling Stone magazine simply called it "a hundred thousand watts of fuck you." The plan on April 12 is for Riley to introduce the film at the Castro and then head across the Bay to introduce it at the Grand Lake. Riley and special guests (co-star Armie Hammer perhaps?) will then do a Skype Q&A for the Castro audience, followed by a live, in-person Q&A for the Oakland audience. Not incidentally, Sorry to Bother You received considerable funding and creative support through SFFILM artist development programs, FilmHouse Residency and the SFFILM/Rainin Filmmaking Grant. Be advised that the Grand Lake screening sold out less than 24 hours after tickets went on sale. 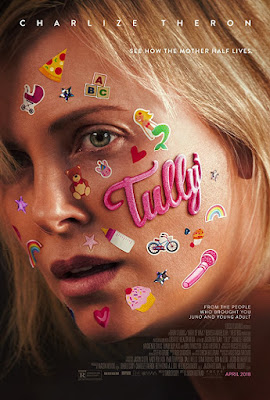 Oscar®-winning actress Charlize Theron will be feted with a SFFILM tribute at the Castro Theatre on Sunday, April 8. After an on-stage conversation during which she'll discuss her formidable career (Monster, North Country, and most fabulously in recent years, Max Max: Fury Road), the festival will screen Tully, Theron's new film from director Jason Reitman and screenwriter Diablo Cody. Tully is a third-time collaboration between Reitman and Cody, and is their second outing with Theron in the lead, following 2011's Young Adult. Oscar®-nominated writer/director Reitman (Up in the Air) will join Theron for an on-stage Q&A following the screening. The movie is slated for general theatrical release on April 20.

Ten narrative features will compete in the festival's 2018 New Directors Competition. I can highly recommend Rungano Nyoni's I Am Not a Witch, a top favorite amongst the 30 films I caught at this year's Palm Springs International Film Festival. Nyoni's movie premiered in the Director's Fortnight sidebar at Cannes, and is an empathetic, visually striking and acerbically funny satire in which a young village girl is suspected of sorcery and sent off to live in seclusion with other witches. The only other competition film already on my radar is Hlynur Pálmason's Winter Brothers, which won a Best Actor prize at last summer's Locarno Film Festival. This idiosyncratic Danish film is set in the environs of a remote limestone factory and has been compared to the Greek "weird wave" films of Yorgos Lanthimos and others. The eight remaining New Directors Prize entries include works from Cape Verde (Djon África), Sweden (Ravens), Georgia (Scary Mother), France (The Sower), Kyrgyzstan (Suleiman Mountain), Switzerland (Those Who are Fine), Argentina (Tigre) and the USA (Jordana Spiro's Night Comes On). 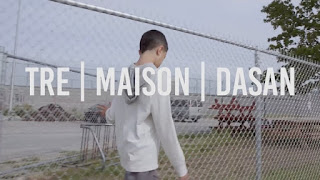 Ten films will also compete for the Golden Gate Awards McBaine Documentary Feature Competition. I'm especially looking forward to RaMell Ross' Hale County This Morning, This Evening, a filmic tone-poem centered on an African American community in rural Alabama which garnered terrific reviews when it premiered at Sundance. Two of the doc competition films, Alyssa Fedele and Zachary Fink's Rescue List and Denali Tiller's Tre Maison Dasan will also be screening as part of SFFILM's "Launch" initiative, which aims to seek out distribution for non-fiction films that are SFFILM Festival world premieres, as well as "represent the values of our city and region" and "advance a culture of change." Rescue List takes on the issue of forced child labor in Ghana, and Tre Maison Dasan follows the lives of three boys who share the common hardship of having incarcerated parents.

When speculating on which other films might make the SFFILM Fest roster, I first look at what's scheduled to pop up in local cinemas during, or shortly after the festival. This year's batch of April releases with potential for fest inclusion are Aaron Katz' Gemini, Chloé Zhao's The Rider, Lynne Ramsay's You Were Never Really Here, Andrew Haigh's Lean On Pete, Ferenc Török's 1945, and last but not least, Sophie Fiennes' Grace Jones: Bloodlight and Bami. I also suspect that a number of films I saw in Palm Springs could also be making SFFILM Festival appearances, including such likely candidates as Laurent Cantet's The Workshop, Xavier Legrand's Custody, Léa Mysius' Ava and Léonor Serraille's Montparnasse Bienvenue.
Posted by Michael Guillen at 3/14/2018 11:38:00 AM