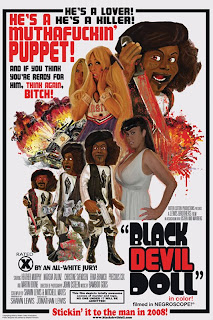 Whenever a genre festival lumbers into town, the first thing I do is evaluate its lineup by researching what my Twitch teammates have had to say about any of the programmed films. Here's a heads-up on how they weigh in for Holehead 2009. 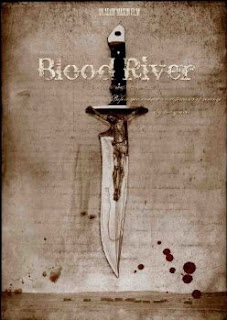 Blood River—Dispatching to Twitch from the November 2007 American Film Market, Todd Brown continued to champion the films of Adam Mason who he proclaims "is clearly a man growing into his prodigious talent." Having been fortunate enough to sample "good chunks" of Mason's two previous films—Broken and The Devil's Chair—early in their production cycles, Todd assessed: "Broken proved that [Mason] could do remarkable things visually on miniscule budgets and that he had a natural ability to build tension. The Devil's Chair was a major step forward in terms of character development and story telling while retaining that hard horror edge. And now Blood River looks to build on the strengths of his previous two pictures while adding a rich cinematic flourish to things." He followed through at AFM by interviewing Mason.

Todd caught a "work-in-progress" print of Blood River at an invitation-only screening at the February 2008 European Film Market and—based on that experience—wrote his glowing review: "A simmering study of Old Testament style sin and retribution, Blood River plays like a slow burning Faulkner by way of Deliverance." Difficult to categorize, neither horror genre nor strict thriller, such complexity reveals the film's rich substance.

When Blood River had its March 24, 2009 world premiere at Hollywood's Egyptian Theater, Twitch offered up passes, along with the film's trailer and promo reel. Shortly before the premiere, Adam Mason contributed to the Twitch Video Salute with 12 of his favorite horror classics. Mason and writer Simon Boyes have likewise offered two seasons worth of podcasts (11 sessions) at Twitch. Current project notwithstanding, Todd has likewise reviewed Prey, one of Mason's earlier shorts, and is already on top of Mason's next film Luster. No wonder he received special thanks in the film's credits.

Naturally, when Todd elects to champion a filmmaker's work so consistently, I become intrigued so—on his recommendation alone—I caught Blood River. My trust in Todd's judgment was well-placed. Blood River, like The Hitcher, explores an existential perspective by having its narrative break down and unfold on an isolated desert highway. Top-notch camera work replete with aerial and crane shots emphasizes the immense isolation of the film's desert setting, strikingly counterpointed by interior shots in a dilapidated ghost town that Todd has rightfully described as claustrophobic. High production values lift this indie genre piece shoulders above most of the fare at Holehead and—if funds are limited—Blood River is definitely the ticket to buy.

Andrew Howard delivers a powerhouse performance as a hitchhiking agent (angel?) of vengeance who brings a young man and his pregnant wife to the torturous edge of accountability. Though completely different in temper and tone, I found myself thematically aligning Blood River with Adrian Sitaru's Hooked, another narrative where a couple struggle with the disruptive presence of their embodied conscience. The best compliment I can pay this film is that—having seen it on screener—I enjoyed it enough to want to see it on the big screen. 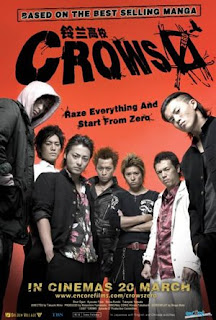 Crows: Episode Zero (Kurôzu zero)—I've already capsuled the U.S. premiere of Takashi Miike's Detective Story, which I appreciated for what it was; but, it nowhere near holds a candle to Holehead's Opening Night feature Crows: Episode Zero. And few have written as appreciative a review as Todd Brown has for Twitch. Not only does Todd do a good job of synopsizing the film's complicated narrative and its slew of characters, but he provides context for the film within Miike's prolific oeuvre: "Put Ichi the Killer, Audition, Gozu and the like out of your mind for a moment and think instead about the fistful of films Miike has done about growing up young and poor in Osaka, films he has repeatedly said are his most personal and the most important to him among his extensive filmography, particularly the Young Thugs pictures. Placed in that context it is immediately obvious why Miike was offered the chance to adapt this popular and hugely successful manga, just as it's immediately obvious why he jumped at the chance: Crows 0 is essentially a third Young Thugs film, albeit one played out on a larger scale and with higher production values than earlier efforts. The end result? You'll come for the fights, but you'll stay for the characters. Brash, playfully violent, full of an over riding love of life, and absolutely filled with little character flourishes that bring the world to life Crows 0 is an effective, engaging, touching and hugely entertaining reminder that Miike has plenty of substance to back up his style and that the man has absolutely never gotten the respect he deserves for his ability to work with young actors." Todd continues: "As is often the cast with manga adaptations—particularly ones based on long running series with a number of popular characters—the cast here is enormous and sprawling, the politics between varying factions complex, which necessitates a longish run time [130 minutes] but Miike gives each character a distinctive personality, drawing each into unique life, and fills the picture with so much energy that the second act lag that plagues so many of his films is entirely absent here. Crows 0 is boisterous and energetic throughout, lacking in the transgressiveness that many of Miike's fans look for in his films but still loaded with the kinds of quirky touches—watch for the bowling sequence—and bursts of oddball comedy that make him so unique. The entire cast is dead solid, particularly the core triangle of Genji, Serizawa and Tokio, with Miike once again treating the violence as a sign of the energy of youth and love of life rather than as something necessarily destructive while, again, making pointed comments about the value of loyalty and perseverance. In a strange way Miike's violent youth films actually tend to be his most morally centered and this is again the case here." 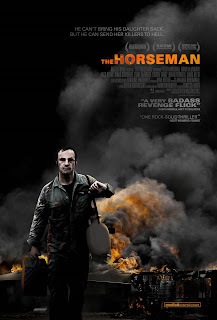 The Horseman—To Rodney Perkins falls the honor of reporting on Australian filmmaker Steven Kastrissios' feature debut The Horseman [site], winner of the "Best Australian Film" and "Best Australian Director" at the 2008 Melbourne Underground Film Festival. Acquired in a six-figure deal by Media 8 Entertainment after its March 2009 North American premiere at Fantastic Fest/SXSW, The Horseman is currently screening three times at the Cannes Film Market. Kaleidescope has already purchased U.K. rights. 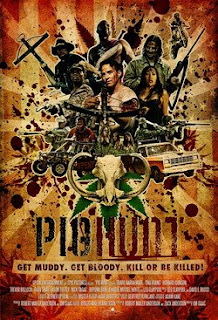 Pig Hunt—Finally, Sean "The Butcher" Smithson once again guest dispatches to Twitch with his wholehearted endorsement of James Isaac's Pig Hunt [site] on the occasion of its May 5, 2009 one-off screening at Hollywood's Egyptian Theatre. "If the idea of crazed bible thumping rednecks, dope growing cult women, and a 3,000 lb. swine with a taste for human flesh sounds like a good time at the movies to you then you ain't gonna be disappointed neighbor!" Sean writes, synopsizing Pig Hunt as: "A true blue midnight movie worthy slab of goodness, dripping in popcorn butter and blood." And you thought you had it bad with the swine flu?

05/24/09 UPDATE: Sean "The Butcher" Smithson amplifies his earlier comments on Pig Hunt with a full review.

I'll be there for PIG HUNT!, can't wait to see it at the Roxie, a fitting home for such a flick!

Got my tickets for Black Devil Doll. I saw it last month in Los Angeles at the New Beverly premier. It is quite simply AMAZING! It a new cult classic and I am driving over 300 miles to see it for the second time

Whereas I wouldn't even take MUNI for a few blocks to see it. For me, Black Devil Doll is a one-joke blunder that relies too readily on scatalogical and emetic filler.

Have you actually seen it? Doesn't sound like it. Its far from being a Blunder and its definitely not a one-joke film.

Yes, I've seen it. Though I consider it odd that--since it's not my cup of tea--you would consider I haven't seen it. I'm sure, however, no number of repeated viewings would change my mind. Still, as with all genre films, it's good to know the film has its defenders, along with its detractors. Enjoy your drive.